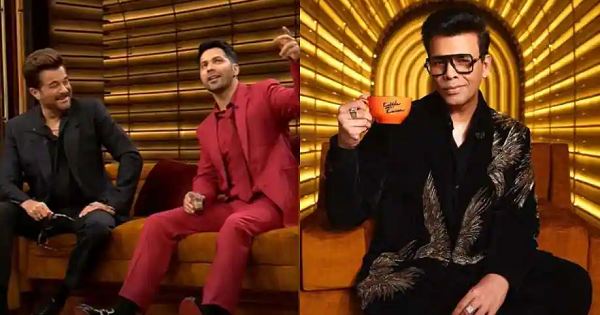 Anil Kapoor and Varun Dhawan, who recently shared screen space in Jug Jugg Jeeyo, will be the next guests on Karan Johar’s Koffee couch and the promo of the episode looks exciting. 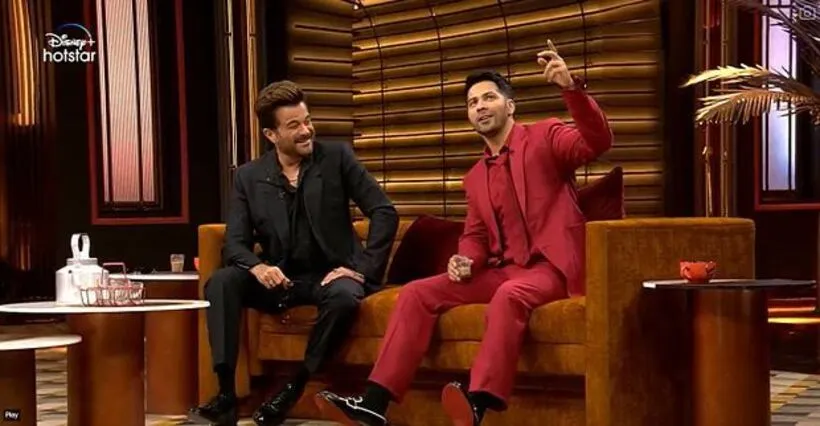 The duo have a laughter session as they answer Karan Johar’s steamy questions with their humour, sass and wit. When Karan Johar asks Anil Kapoor what makes him feel younger, the actor promptly says, “Sex, sex, sex.” Varun Dhawan, on the other hand, said he would look younger than Katrina Kaif and Deepika Padukone if he was paired opposite them in a film.

In the promo, the duo can also be heard talking about marriage, relationships and competition in the industry. The promo promises fun and laughter and we can’t wait to watch the ‘filmi’ men doing what they do best. Anil Kapoor also shared his secret to a happy married life and said, “You have to prise your wife and do things that make you happy.” 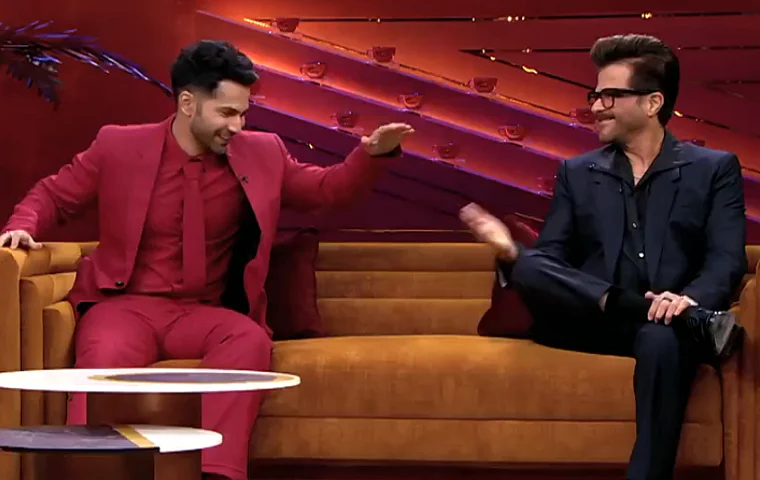 The actors also answer questions on sexual infidelity. Talking about the same, Varun Dhawan said, “If I cheat on my wife, my dog will bark and let her know.” That’s not all. Anil Kapoor and Varun Dhawan turned into agony aunts in a special segment on the chat show.

The episode will stream exclusively on Disney Plus Hotstar on 15th September.