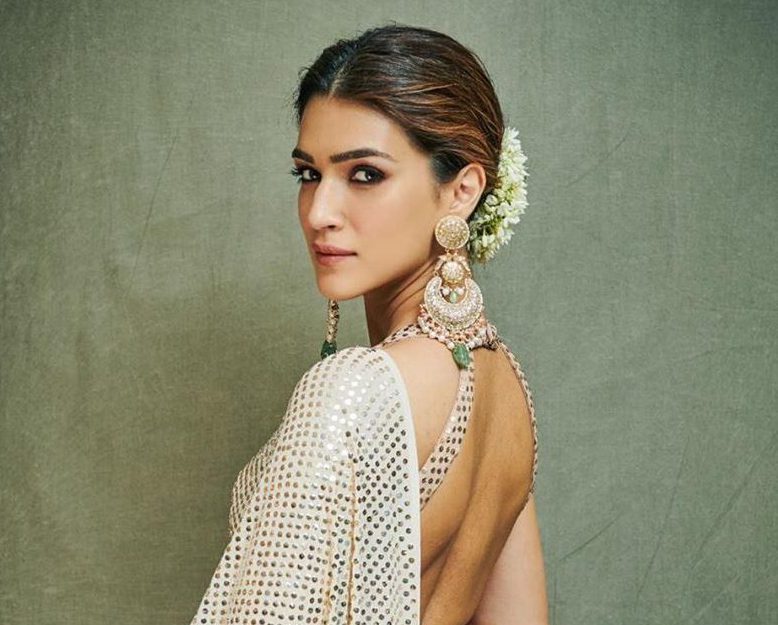 A picture of actor Kriti Sanon from the sets of her upcoming film ‘Mimi’ has surfaced on social media.

In the picture, Kriti Sanon, who is playing the role of a surrogate mother, is seen cradling her baby bump. Reportedly, the actor had to put on about 15 kgs for her character in the film.

Exclusive- @kritisanon from the sets of Mimi !

RT if you can't wait to watch her play yet another fabulous role onscreen. 😍#Mimi #KritiSanon pic.twitter.com/1tmshujj3U

Mimi, starring Kriti Sanon, Pankaj Tripathi, and popular Marathi actor Saie Tamhanar in the lead, is reported to be the official remake of National Award-winning Marathi movie, Mala Aai Vhhaychy. The 2011 release revolved around how foreigners are opting for young Indian women for surrogacy.

Bald and Beautiful 🖤 (As immodest as it sounds, its just the perfect caption for this pic 😜🤷‍♀️) @akshaykumar 1419 ka Bala with 2019 ki Balika #BalaWithATwist #Housefull4 #25thOctober