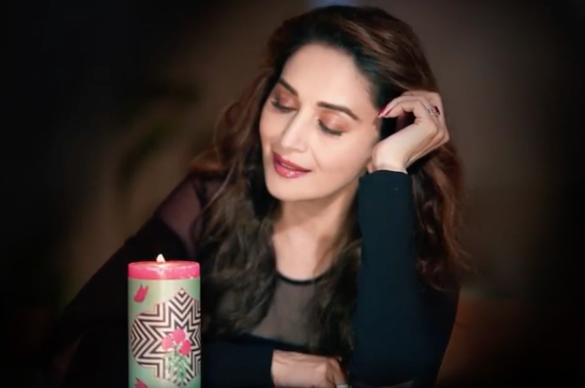 The nationwide lockdown has turned Bollywood actors into singers. While some have sung in leisure, others have released full-fledged singles.

It all began with Salman Khan’s COVID-19 awareness song, Pyaar Karona, that we wrote, sang and released while in lockdown at his farm. Salman followed this up with a romantic single, ‘Tere Bina’, featuring Jacqueline Fernandez, who has also been locked up at the actor’s farm.

And now, actor Madhuri Dixit has released her very own single, Candle – and English song, again, spreading awareness on the novel coronavirus while appealing to all to hang in there. Madhuri, too, gave a preview of her singing skills when she sang at the #IForIndia Bollywood Concert, with her son Arin on the piano.

I wanted to thank you all for supporting #IForIndia concert. It takes a family, like all of you to support such a good cause. So here’s my family doing our part. Hope you guys enjoy the “Behind the scene.” ⠀ ⠀ Thanks to my pillars of support @arin.nene @drneneofficial #RyanNene & a few friends who helped me execute this: @minaxijhangiani @vedika_9 @mr.prash @karanvrsingh #ReshmaShetty #VivekKamath

“Happy, excited & a little nervous! Here’s my first ever song, out for all of you to enjoy”, wrote Madhuri as she shared the news of her song release. Listen to Madhuri’s first single, below!