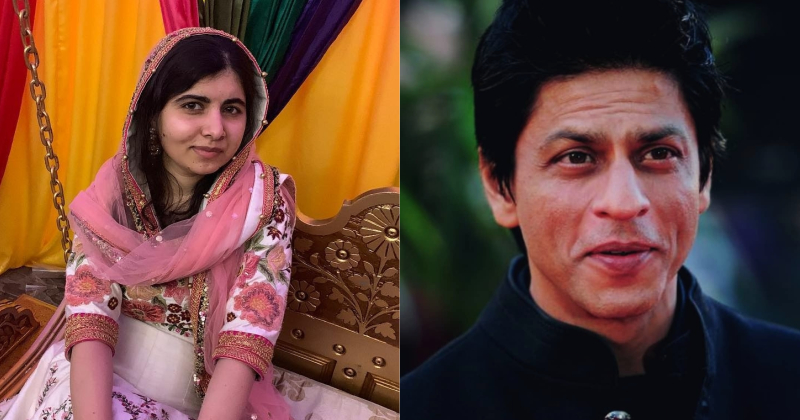 Shah Rukh Khan’s latest offering Zero just released yesterday, and SRK fans all over have been giving their reviews about the film. Among these reviews was a special one, by none other than Malala Yousafzai! Malala Yousafzai is a global icon when it comes to women’s rights and education. And she is a self-admitted Shah Rukh Khan fan too, as she shared in this video.

Malala Yousafzai in this video talks about the film ‘Zero’, and how she found the movie entertaining and a great watch by her whole family. She further mentions about the Twitter conversation that the duo had about two months ago. The conversation was where Malala was asking Shah Rukh Khan to come to Oxford University, where Malala is currently studying and talk to the students.

Shah Rukh Khan had responded almost instantly saying that he would love to meet her and the students and Oxford, and would definitely make it happen ‘sooner than soon’!

Most certainly would love to do it & meeting u will be a privilege. Will put my team to schedule it sooner than soon https://t.co/hX9b0ghJxL

The world needs more love and peace, and this great relationship between Shah Rukh Khan and Malala Yousafzai is definitely a great start to it!

Mughlai Dishes That Make You So Hungry, You Can’t Focus Anywhere Else