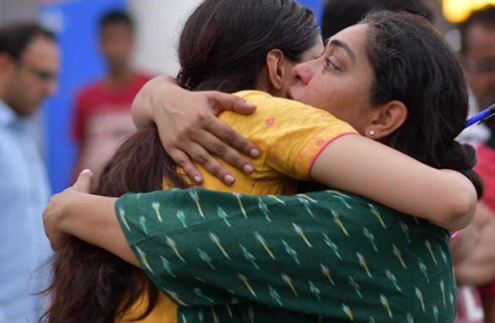 Meghna Gulzar is nearly done with the post-production of ‘Chhapaak’. She was invited as a guest at the recently held International Film Festival of India in Goa, and the ‘Raazi’ director had nothing but praises to shower on her ‘Chhapaak’ lead actress Deepika Padukone.

Meghna Gulzar spoke about how well Deepika has adapted to Malti, her character based on real-life acid-attack survivor Laxmi Agarwal. The director said –

Deepika is going to be a revelation in Chhapaak. It is a completely different side of Deepika which people will see. When I say that I don’t mean just the look or prosthetics, it’s also about going into the second level of the character – the body language, the gestures and the general energy.

She is courage. She is hope. She is @deepikapadukone as #malti in #chhapaak Shoot begins today. Releasing on 10th January, 2020. @vikrantmassey87 @foxstarhindi

Read: Deepika Padukone To Play ‘Draupadi’ In A Retelling Of Mahabharata

Even though Deepika had only met Laxmi for a short while before the film’s shoots begun, the actress was quickly able to get into her mind, body and soul. “It’s amazing how quickly she picked up the stuff. Even her smile that she has throughout the film, it’s not the Deepika Padukone smile. It’s Malti’s smile. Somewhere we found a middle path between Deepika’s and Laxmi’s smile. It’s been fulfilling to have had her as a part of this film,” concluded Meghna Gulzar.

✨Gratefully Grinning ✨ . . Thank you @meghnagulzar @deepikapadukone @foxstarhindi & the entire team of #Chhapaak for some of the best days of my life 🙏🏾 . . #Chhapaak #StageOneOver #TheJourneyContinues

‘My Goal Is To Create Movies That Are Going To Be Memorable’, Says Shraddha Kapoor