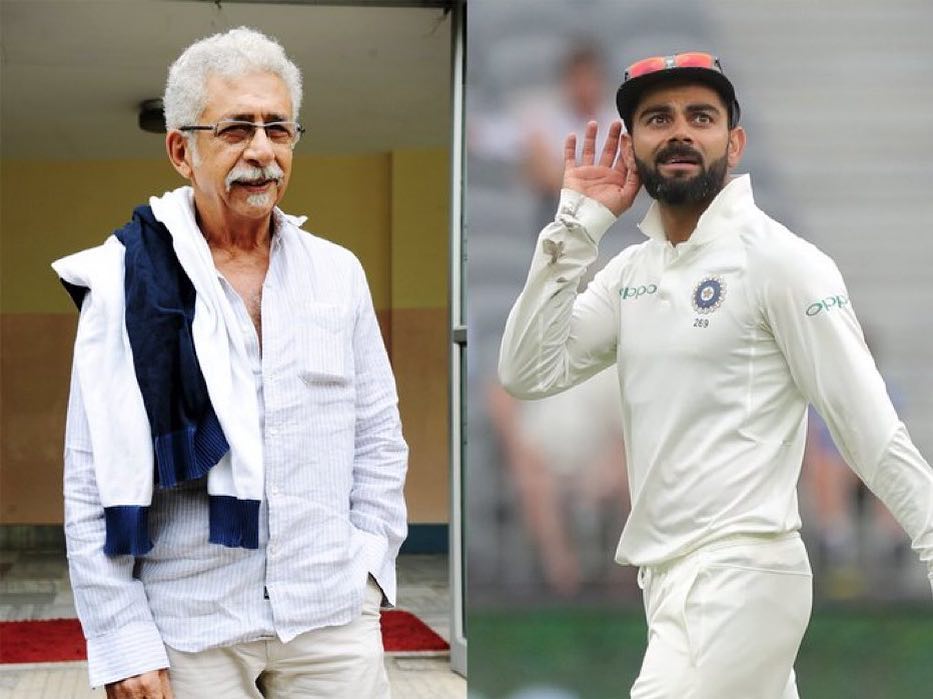 Naseeruddin Shah has called Virat Kohli ‘world’s worst behaved cricketer’, stirring a debate on the internet. The actor’s comment seems to be coming from Virat’s verbal spat. Read through!

Not so long ago, Indian captain Virat Kohli was slammed for asking an Indian fan to leave the country. The hammering comment was made during a promotional video where the 30-year-old smacks the fan who said that he liked English and Australian batsmen more than the current Indian players. Many criticized Kohli and later to join the crowd was Naseeruddin Shah.

Indian skipper Virat Kohli clashed with Australian skipper Tim Paine on Monday with some aggression on the field. At some point during Australia’s second innings, Kohli was about to chest-bump the rival skipper before umpire Chris had to step in to separate the two. 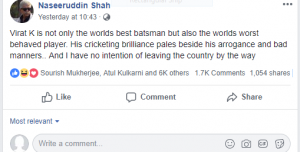 “Virat K is not only the worlds best batsman but also the worlds worst behaved player. His cricketing brilliance pales beside his arrogance and bad manners. And I have no intention of leaving the country by the way,” Naseeruddin Shah wrote on his verified Facebook account.

DIY: Beauty Products You Can Easily Whip Up Over The Weekend