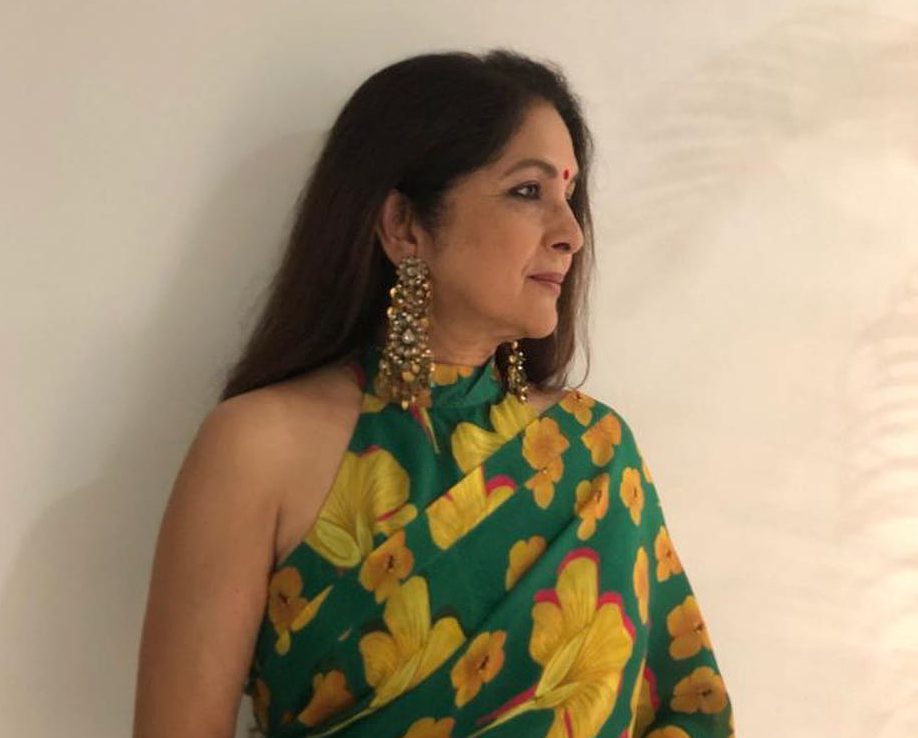 Actor Neena Gupta is currently in Varanasi shooting for her upcoming film ‘Shubh Mangal Zyada Savdhaan’ alongside her ‘Badhaai Ho’ co-stars Ayushmann Khurrana and Gajraj Rao. The actress took to Twitter to react to the trailer of ‘Saand Ki Aankh’ starring Taapsee Pannu and Bhumi Pednekar.

Saand Ki Aankh is a film based on the life of sharp shooters Prakashi and Chandro Tomar, who took to the sport only when they turned 60. Actresses Taapsee Pannu and Bhumi Pednekar are playing the octogenarians, with heavy prosthetics as a part of their look. Neena Gupta commented on this saying, “Yes I was just thinking about this hamari umar ka role toe kamsekam humse kara lo bhai.” Another Twitter user replied to this saying that they love to see her on screen doing great work. He further shared that Kangana Ranaut, who was first offered the film, had advised the makers to cast Neena Gupta and Ramaya ji in the lead roles. To this, Neena Gupta responded saying, “Oh really how nice of Kangana.”

Neena Gupta had shared an Instagram post in July 2017, which had a picture of hers along with the caption saying that she is a ‘good actor’ and is looking for ‘good parts to play’. The post had brought into the forefront the debate about nepotism and how talent takes a backseat over names in the industry. Comments poured in to her post from the likes of Priyanka Chopra and Ashwini Iyer Tiwari. Her daughter Masaba has also shared a heartfelt post commending her 62-year old National Award winning mother, saying that it was sad that Neena Gupta was made to feel that ‘nobody writes for women her age anymore’.

Read: Nirupa Roy To Neena Gupta: The Evolution Of The Filmy ‘Maa’

Though content-driven cinema may have changed that notion, the feeling still pervades in Neena Gupta’s mind when she sees the trailer of films like Saand Ki Aankh. Neena Gupta had been a part of the 2018 film Badhaai Ho, for which her performance had garnered both critical appreciation and box office numbers.

Taapsee Pannu, too, took to Twitter to respond to the incessant questions about herself and Bhumi Pednekar playing senior sharp shooters.

I hope and can only hope this will answer the question once n for all coz honestly now it’s getting boring for us to repeat ourselves.
So all you lovely people here goes my RESPONSE –#SaandKiAankh pic.twitter.com/guldaTWaks

‘Housefull 4’: Akshay Kumar Reveals The Film’s Avatars One By One

After The Success Of ‘Fleabag’, Phoebe Waller Bridge To Create More Content For Amazon