Priyanka Chopra and Nick Jonas have definitely got each other’s back through ‘trolls’ and thin. Just after Priyanka Chopra was made fun of for not knowing her husband’s correct age, the husband came to her rescue! 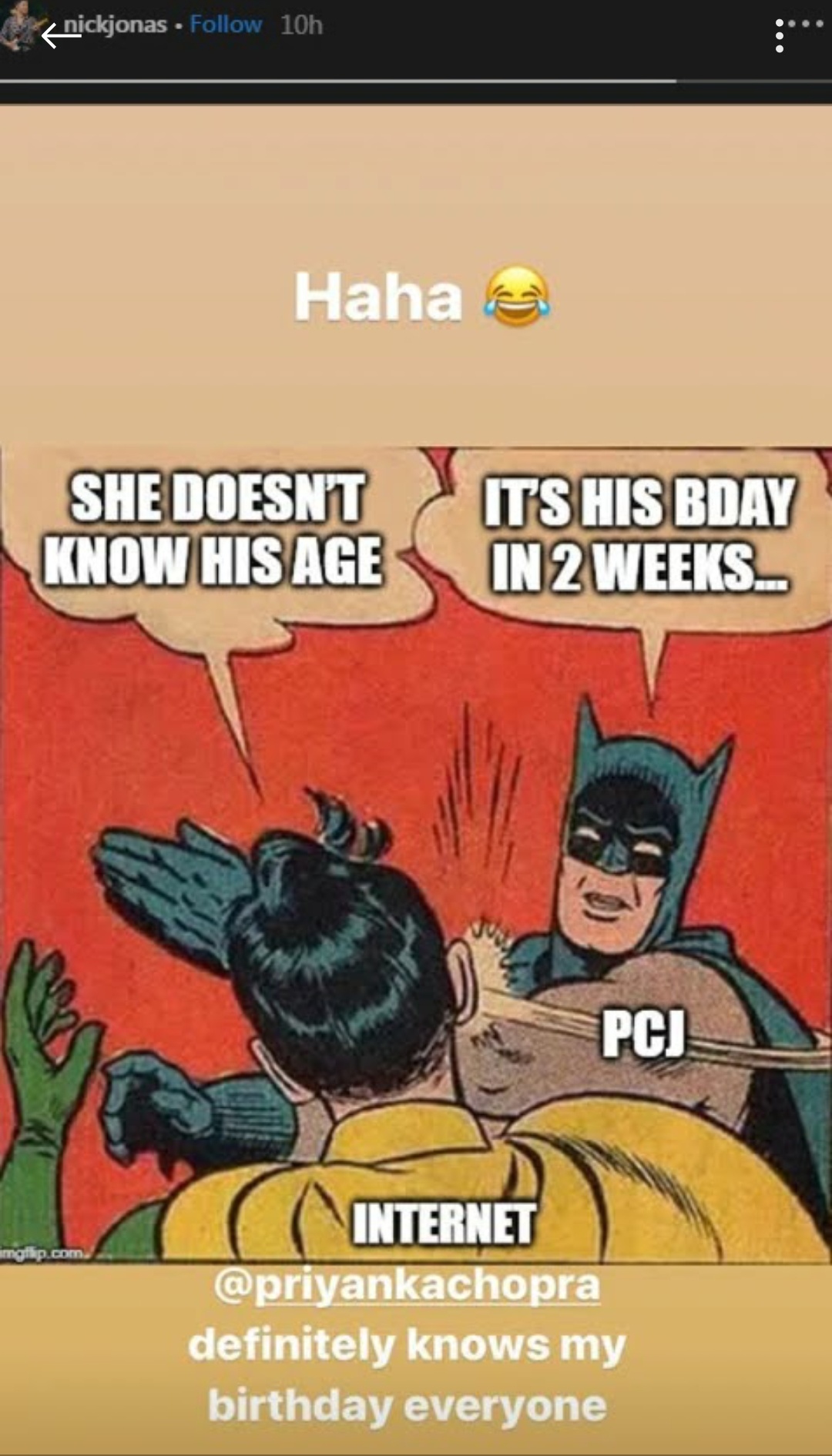 Hitting back at trolling netizens, Nick Jonas took to his Instagram stories to share a meme. The singer said, “Priyanka Chopra definitely knows my birthday everyone”. Priyanka shared the same meme on her Instagram story with the words, “Enough said.”

So proud. When you own your own tequila at 27! @villaone ❤

It all started when Priyanka Chopra shared a picture with Nick Jonas and had written his age as 27, although he’s 26 at the moment, with his birthday coming up on September 16.

I’m always with you @nickjonas 😜😍Congratulations @jonasbrothers! I’m so proud of all of you! #sucker

Earlier, Priyanka Chopra stood up for Nick Jonas by sharing a picture where she photoshopped herself to be present. At the 2019 MTV Video Music Awards, Jonas Brothers won Best Pop Video for their recent song Sucker. As soon as that announcement was made, all the siblings stood up to celebrate and kissed their wives, all while Nick Jonas stood left alone between the couples with the funniest smirk on his face. The singer then quickly became the magnet of memes. He attracted the attention of many who trolled Nick Jonas for “fifth-wheeling”.