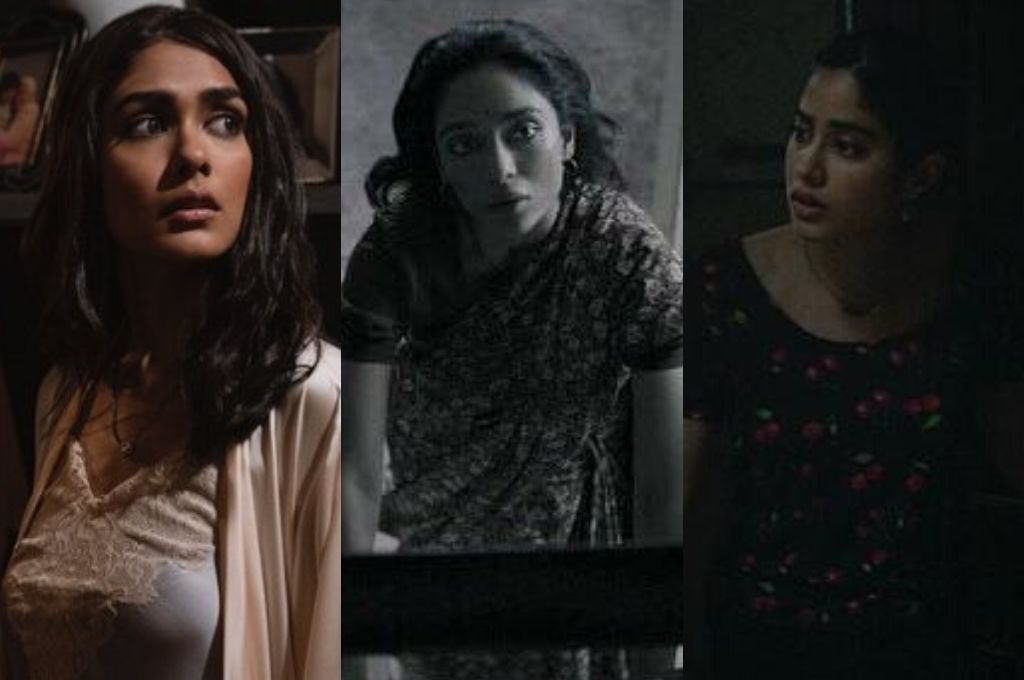 Friday the 13th would be incomplete without some chills, thrills and of course an absolute spook-fest… presenting the trailer of Ghost Stories! Coming 1st Jan! #YourFearsWillFindYou @netflixindia @ronniescrewvala @ashidua_fue @rsvpmovies pic.twitter.com/qhwYQpbXIj

Sharing the trailer on ‘Friday the 13th’, which is considered an unlucky day in Western superstition, Karan Johar wrote, “Friday the 13th would be incomplete without some chills, thrills and of course an absolute spook-fest… presenting the trailer of Ghost Stories! Coming 1st Jan! #YourFearsWillFindYou.”

“Four mind-bending stories” from “four visionary directors”. The trailer begins with the wedding of Mrunal Thakur and Avinash Tiwary in the segment directed by Karan Johar. As they begin getting intimate in their bedroom, the door suddenly opens to an invisible entry. Avinash Tiwary however seems relaxed and says the unseen presence is his “granny”, Mrunal Thakur, on the other hand, looks scared out of her wits.

Janhvi Kapoor can then be seen as a nurse in another segment by Zoya Akhtar, whose elderly patient has rather unexpected visitors in the house; Shobhita Dhulipala, in the next segment by Anurag Kashyap, plays a pregnant woman who owns many dolls. And when those appear, a horror fanatic knows what follows. Check the trailer out to know what’s really brewing!

Ghost Stories will begin screaming on Netflix from January 1, 2020