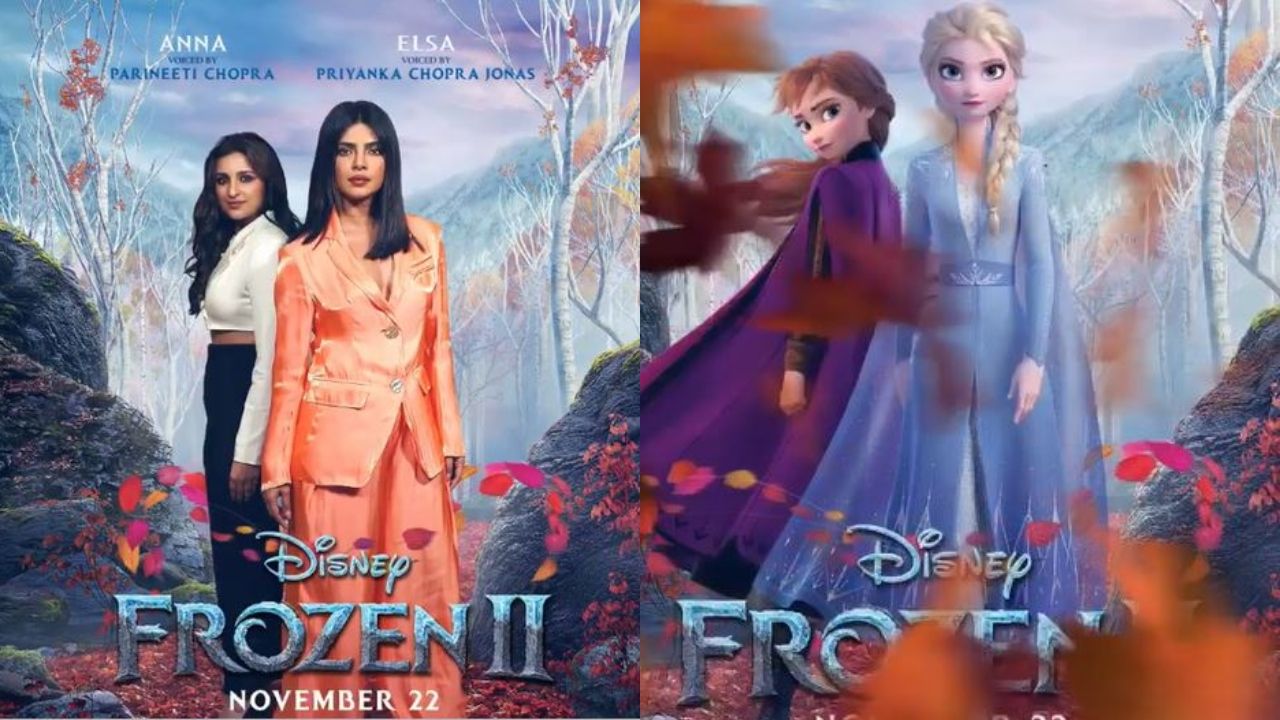 Priyanka Chopra and Parineeti Chopra have both lent their voice to ‘Elsa’ and ‘Anna’, sisters from Disney’s upcoming sequel.

Sharing a trailer of the film’s Hindi version, the actor can be heard saying, “We don’t need a king to become a queen. We find our own path in our own style. Don’t bring stars for us as they themselves make their way towards us. We don’t want to be part of some one else’s story, we write our own stories.”

Frozen 2 is the sequel of the hit 2013 Disney film. It will hit the screens on November 22.

Talking about working with cousin sister Priyanka Chopra for the first time ever, Parineeti Chopra was quoted saying, “This relationship of Anna and Else in Frozen 2 is exactly what Mimi Didi and I share – it’s a unique and strong bond that I have with my sister.”

Priyanka Chopra in an interview said, “I like movies that challenge me. I like fiction as well as reality-based. I like the immersive experiences. I like something that will make me nervous coming to set. I like films where I look at my scene and I am like ‘oh my god! How am I going to do this?’ When your fingers tingle, your toes curl… I like experiences like those.”

Ranveer Singh Dances Away In Car During Insta Live, Leaves Followers With A Surprise