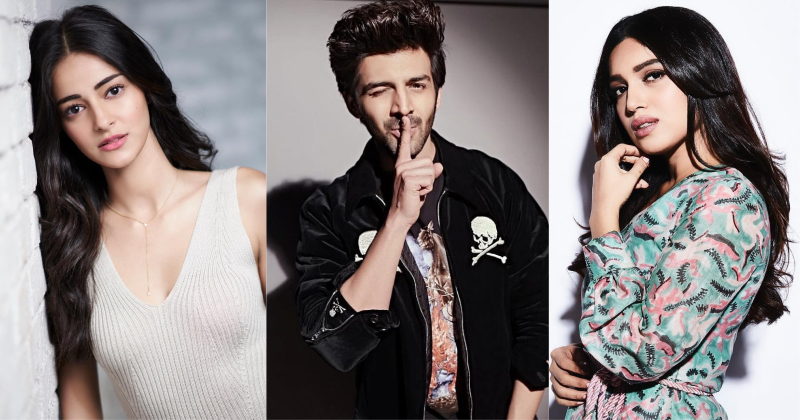 Kartik Aaryan, Bhumi Pednekar & Ananya Panday To Star In The Remake Of This Classic Comedy

‘Pati Patni Aur Woh’ is the latest film to be added to the remake kitty in Bollywood. The 1978 film, which was earlier directed by BR Chopra, has now got Mudassar Aziz leading the project as Director. And the ‘Pati Patni Aur Woh’ lead trio has also been announced – it is none other than Kartik Aaryan, Bhumi Pednekar, and Ananya Panday!

Kartik Aaryan essays the role of Sanjay Kumar in the original film, while Bhumi Pednekar and Ananya Panday take the place of Vidya Sinha and Ranjeeta respectively. It would be interesting to see the trio together for the first time on screen, especially for debutante Ananya Panday. She is yet to make her debut in Karan Johar’s Student of The Year 2 in May 2019, and it is a spectacular achievement for her to have already landed another project! Pati Patni Aur Woh will be helmed by Mudassar Aziz, a director who has films like Dulha Mil Gaya and Happy Bhaag Jaayegi in his filmography.

The film claims to have a contemporary twist to the classic triangular love story – as the story has been adapted to the liking of the modern-day youth. The film goes on floors this February, and we see Bhushan Kumar from T-Series and Juno Chopra from BR Studios coming together to produce the film. We are excited to see the ageless story being given a new lease of life and being portrayed by young actors such as Ananya Panday, Kartik Aaryan & Bhumi Pednekar.

A Love Letter To Cheese, The Most Warm And Gooey Partner One Can Have