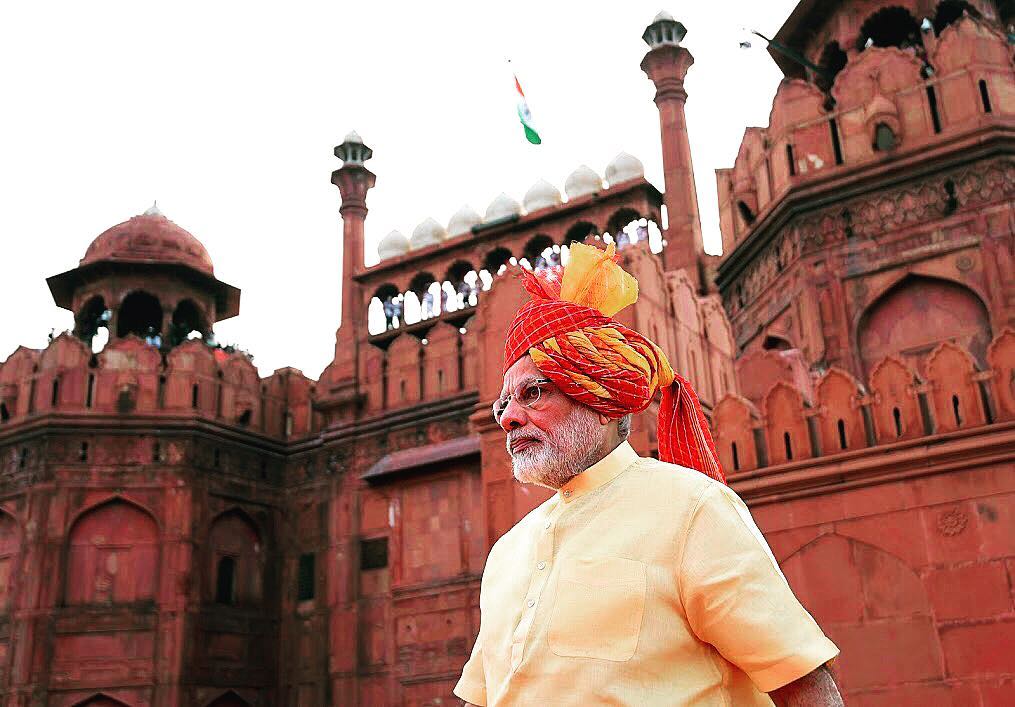 PM Narendra Modi Reaches Out To Film Fraternity Ahead Of Elections

Prime Minister Modi took to popular social media platform Twitter, appealing to citizens to come out and vote. The people he mentioned in his tweets weren’t ordinary citizens, but in fact- film stars. In a series of tweets, the Prime Minister appealed to the youth to come out and cast their vote. He also tagged a number of members from the film fraternity, making references to their previous films, urging them to encourage the youth to cast their vote in this edition of the general elections.

Had a good meeting with popular film personalities.

The Prime  Minister appealed to Amitabh Bachchan, Shah Rukh Khan, and Karan Johar to ‘creatively ensure voter participation’ in the upcoming elections. He further wrote how it is important to ‘love your democracy’ and ‘strengthen it’ too. He made a similar appeal to Salman Khan and Aamir Khan as well, in a separate tweet saying that voting is not only a right, but also a duty!

Because…its all about loving your democracy (and strengthening it). 🙂

Voting is not only a right but it’s also a duty.

It is time to inspire and motivate youth in your own Andaz to vote so that we can strengthen Apna Democracy & Apna country.

The power of a vote is immense and we all need to improve awareness on its importance.

Requesting @deepikapadukone, @aliaa08 and @AnushkaSharma to urge people to vote in large numbers for the coming elections.

As renowned film personalities whose work is admired by many, I am sure their message will have a positive impact on our citizens.

Vicky Kaushal, Ranveer Singh, and Varun Dhawan were next in line to receive a plea from the Prime Minister. In his tweet, the PM said that it is true that many youngsters admire the trio; which is why it is time to tell them that ‘Apna Time Aa Gaya’ and that it is time to turn up ‘with high josh’ at the voting booths.

Many youngsters admire you.

It is time to tell them: Apna Time Aa Gaya Hai and that it is time to turn up with high Josh to a voting centre near you.

The Prime Minister even appealed to popular stars of the South, including actor Mohan Lal and Nagarjuna. He said that their performances have entertained millions over the years, and it is important for them to create voter awareness and ask people to vote in large numbers!

Your performances have entertained millions over the years and you have also won many awards. I request you to create greater voter awareness and urge people to vote in large numbers.

The award here is, a vibrant democracy.

From Being Just A ‘Fanny Pack’ To A ‘Fashion Favourite’, Waist Bags Are Back!

‘Extra Chopra Jonas’ Is The Latest Addition To Nick And Priyanka’s Family!