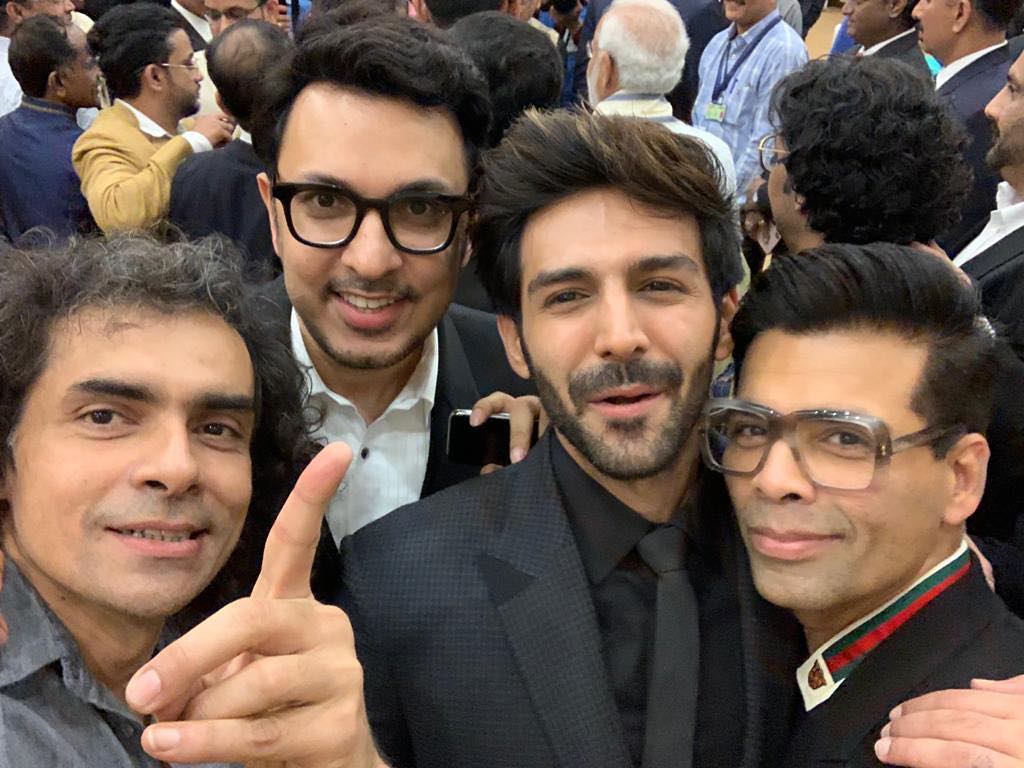 It seems like the Prime Minister has found great companionship in Bollywood! This was the second time that the prime Minister was seen hobnobbing with the film fraternity in the same month. The National Museum of Indian Cinema was inaugurated by Prime Minister Shri Narendra Modi, which many Bollywood bigwigs attended.

#Mumbai is home to a wonderful National Museum of Indian Cinema. Go visit it whenever you can!

Many celebrities from the film industry attended the inauguration – singer Asha Bhosle, veteran actors Jeetendra & Manoj Kumar, Aamir Khan, director Karan Johar, Imtiaz Ali, comedian Kapil Sharma and Kartik Aaryan. Kapil Sharma, Aamir Khan and Jeetendra were among the few lucky ones who managed to get the much-coveted selfie with the Prime Minister.

The selfies were shared by Narendra Modi on his official Instagram handle with a mention to the museum, encouraging Mumbaikars to pay a visit.

When @KapilSharmaK9 appreciates somebody's humour, it sure makes that person happy and I am no exception. 🙂

Thank you for the kind words Kapil. https://t.co/SHVTH6vI8p

When Kapil Sharma shared a picture with the Prime Minister on his handle, the PM replied to his tweet as well. Kapil appreciated his sense of humour in the tweet, to which Modiji thanked him profusely. It was a memorable moment for Team Uri as well, as the Prime Minster made reference to the popular dialogue “How’s the josh” from the film!

‪This is the greatest validation any filmmaker can ever get! ‬ ‪The PM of the largest and greatest democracy in the world is mouthing your films dialogue! The pride and patriotism #URI has invoked in our nations heart is truly surreal! We at team #URI really feel blessed! We only have gratitude in our hearts! Jai Hind! 🇮🇳🙏‬ #urithesurgicalstrike

But the funniest moment was when Imtiaz Ali, Kartik Aaryan and Karan Johar shared a ‘backfie’ with the Prime Minister captioning it as ‘losers backfie with the honourable PM’. While the post in itself was hilarious, Modiji had an even funnier response to the post!

Losers’ backfie with the honorable PM!

The minute Kartik Aaryan tweeted the photograph out on his Twitter handle, Prime Minister Narendra Modi responded to the post. He made a reference to Imtiaz Ali’s two films – Rockstar & Jab We Met. Check his response out –

Not losers but Rockstars!

No selfie Jab We Met but there will always be another occasion. 🙂 https://t.co/1Ud7D5jIvd

What the Prime Minister was basically saying was – better luck next time! Kudos to the PM to putting it in a subtle, yet filmy way. +1000 from Bollywood fans, Modiji!

Move Over All The Acting Chops, Rami Malek Is Your New Fashion Guru