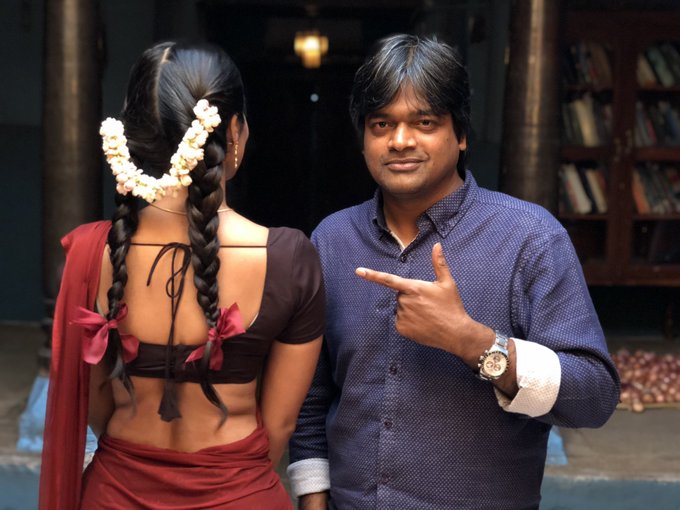 Pooja Hegde, who was last seen in Bollywood in the film ‘Mohenjodaro’ is all set for her next film. The actress will be seen in ‘Valmiki’ in which she plays the role of a village belle. The actress shared her first look on Twitter –

Pooja Hegde introduced her character from Valmiki to her followers with a first look poster. The actress can be seen riding a bicycle in the film poster, her hair tied in two tight ponytails. Her character in the film is named Sridevi, and is strangely reminiscent of the actress’ looks in the films in which she worked during the 80’s. Here’s one such look from Sridevi’s film which seems similar to that of Pooja Hegde’s. 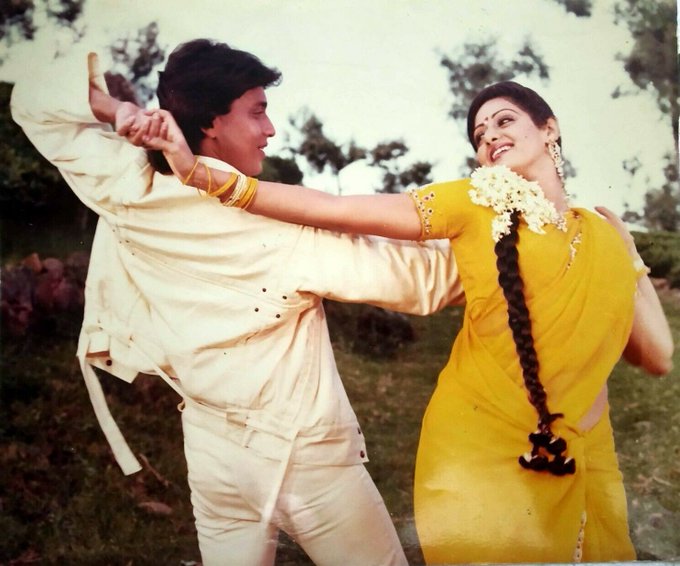 Pooja Hegde will be starring in Valmiki along with actor Varun Tej, who is playing the titular role in the film. The film is a dark comedy based on the Tamil film Jigarthanda. Pooja will also be seen working with Prabhas in his next film.