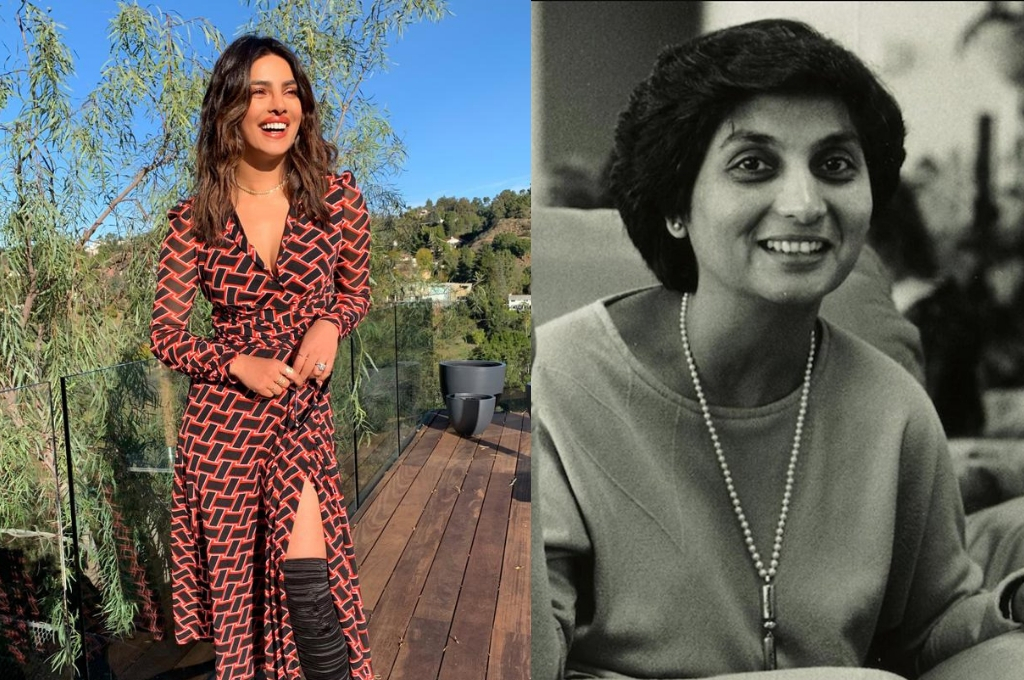 Oscar-winning director Barry Levinson has chosen the subject of Ma Anand Sheela for his next project, and guess who he wants on board as the lead actress? None other than our very own desi girl Priyanka Chopra! Priyanka Chopra revealed this on during her second appearance on a popular American chat show.

“I am developing a feature with Barry Levinson. He is an iconic American director. We are developing it (from the perspective of) Sheela who is this guru who originated from India. She was his right hand woman and she was devious. She created a whole cult in America. He was called Osho. I don’t know if you’ve heard of him. It was amazing. I am developing that next for me to star in and produce,” said Priyanka Chopra in the video, as reported by IANS.

Priyanka Chopra had appeared on the show to promote her third Hollywood film Isn’t It Romantic, in which she is paired opposite noted Hollywood stars Liam Hemsworth, Adam DeVine and Rebel Wilson. The Ma Anand Sheela film will be Priyanka’s fourth film in Hollywood, after earlier films Baywatch and A Kid Like Jake.

I found some interesting vintage footage of @PriyankaChopra on my show.

Netflix’s documentary Wild Wild Country was also on the same subject – that of Osho’s community and Ma Anand Sheela who ran it in Oregon, United States. Priyanka Chopra’s portrayal as Ma Anand Sheela will surely make for an interesting watch. The first look of the film still awaits to be seen!

Headed To The Beach? Celebrity Hairstylist Franco Vallelonga Reveals Which Hairdo To Sport