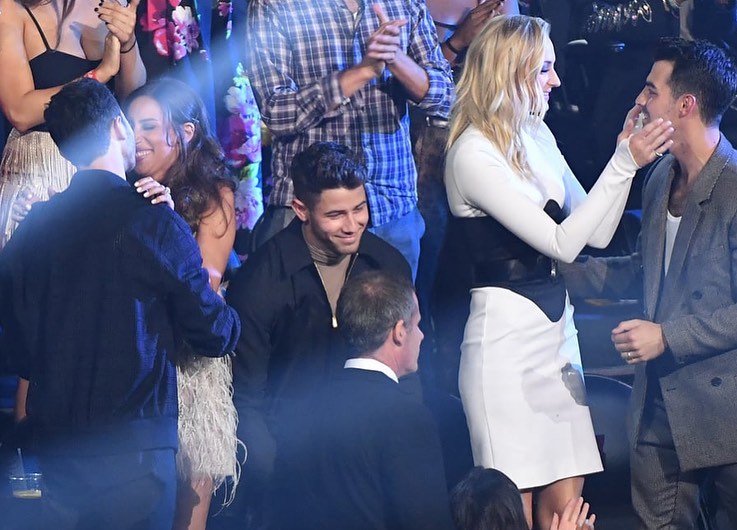 After Priyanka Chopra missed out on attending the 2019 MTV Video Music Awards and found her husband was heavily trolled for seemingly missing his wife, she had a plan.

Never before has a picture of #NickJonas represented me as much as this one does. 😂 #JonasBrothers pic.twitter.com/WpClFCIzcD

Jonas Brothers won the best pop award for their comeback song, Sucker. As soon as that announcement was made, all the siblings stood up to celebrate and kissed their wives, all while Nick Jonas stood left alone between the couples with the funniest smirk on his face. The singer then quickly became the magnet of memes. He attracted the attention of many who trolled Nick Jonas for “fifth-wheeling”.

I’m always with you @nickjonas 😜😍Congratulations @jonasbrothers! I’m so proud of all of you! #sucker

Priyanka Chopra then took to her Instagram handle to share a picture where she had Photoshop-ed herself, she lovingly wrote, “I’m always with you @nickjonas 😜😍Congratulations @jonasbrothers! I’m so proud of all of you! #sucker“.

Days After ‘Mission Mangal’ Release, Vidya Balan Takes Off To London To Shoot For This Film