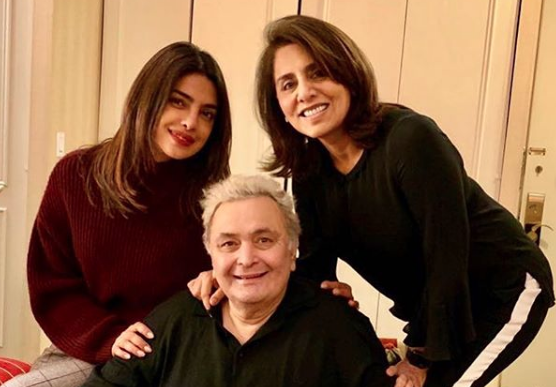 Actress Priyanka Chopra Jonas penned down a heartfelt tribute for late actor Rishi Kapoor, calling him ‘the keeper of hearts, who ushered in a new era of romance in Hindi movies’. She called his loss the ‘end of an era’ in Bollywood.

His charisma was in his extraordinary smile, one that made his fans go weak in the knees. And when he danced, he made us all want to jump up and join him.

While the Kapoors are regarded as Indian cinema’s ‘first family’, Priyanka says ‘that never defined Rishi Kapoor’. “The son of the legendary Raj Kapoor, he forged his own path, building an illustrious career to create his own legacy”, she added.

Superstar Rishi Kapoor breathed his last on April 30, after a two-year long battle with Leukemia. He is survived by his wife Neetu Kapoor, daughter Riddhima Kapoor Sahni and son Ranbir Kapoor.

Monkey Breaks Into ATM In Delhi, Trashes Front Panel Of The Machine