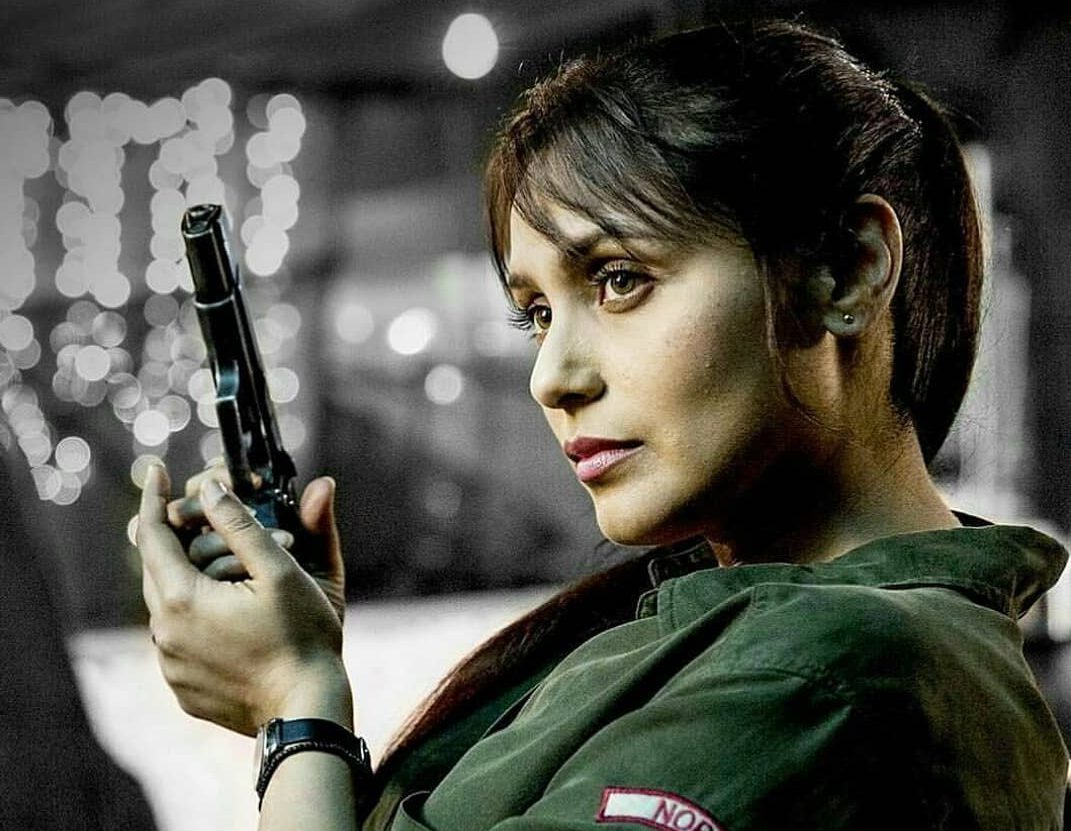 Have You Checked Out Rani Mukerji’s Look In The New ‘Mardaani 2’ Poster Yet?

Rani Mukerji is back as Shivani Shivaji Roy in ‘Mardaani 2’. The actress looks fearsome as an inspector in a brand new poster of the film that’s just been released by Yash Raj Films.

“Meet the unapologetic and brave Shivani Shivaji Roy at your nearest theatres on December 13th,” wrote Yash Raj Films sharing the poster. Moreover, the actress will be in Kolkata for the film’s promotions, and she will also attend India’s first test match in Eden Gardens to spread the message about the Mardaani 2 among crowds that throng the stadium to watch the match.

Confirming the same, Rani added, “This is the first time I will be watching a match at Eden gardens, I have always heard from my parents that the atmosphere at Eden is electrifying. It’s going to be quite an experience for me to watch it live. It’s another happy occasion since I am going to be presenting the message of ‘Mardaani 2’ to the people present there and million others who will be watching the match through the broadcaster.”

The actress also plans to travel to eight states and spread the message to police forces and their families across the country. She says about the same –

From meeting super cops, to interacting with the traffic police officers, to meeting night patrol teams, to visiting training centres for women cops, to going to the control room to learn how our police officials maintain 24×7 vigil to protect us day and night from any and every possible harm, I will be doing various activities with the police force of India to salute their tireless work and their sacrifices to keep India safe.

For The First Time Ever, Scientists Detect The Brightest Light In The Universe