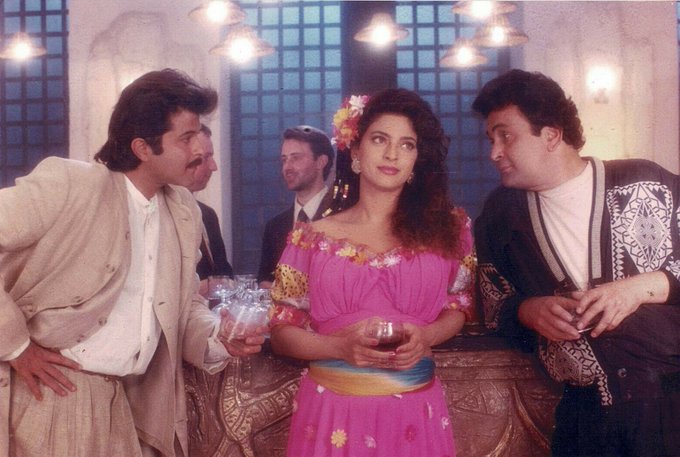 Rishi Kapoor took to Twitter to share a mega-throwback picture of himself, attending what appears to be a birthday party with little Boney Kapoor and an even younger Anil Kapoor. He called it the original ‘Coco Cola’ advertisement. Read on to find out why.

The boys can all be seen sipping on glass bottles of cola with plastic straws. The click seems to be from a birthday party, as some of them are seen wearing party hats which were typical to the birthday parties of yesteryear. Rishi Kapoor shared the picture on his Twitter profile, thanking Khalid Mohammed for the picture. The actor has been active on the social media platform ever since he returned to the country after undergoing treatment for cancer in New York. He recently shared pictures on his Twitter profile on the occasion of 550th Guru Nanak Dev Jayanti.

On the work front, Rishi Kapoor will next be seen alongside Emraan Hashmi and Sobhita Dhulipala in the suspense thriller The Body. This is Rishi’s first film to release post his return to India, and it hits theatres on December 12, 2019.