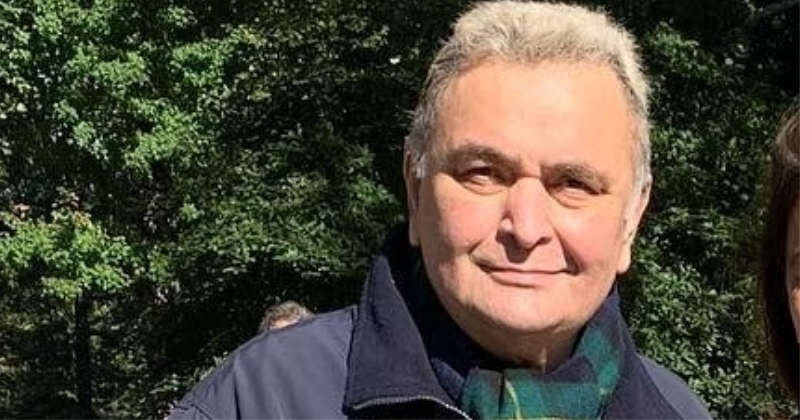 Rishi and Ranbir Kapoor recently bumped into The Godfather Part II actor, Robert De Niro in New York, and there was obviously a selfie, for the world to see!

Wow moment. Impromptu meeting with Robert De Nero on 65th and 3rd. He knew Ranbir coz he had met him and Anupam and said come over with Kher for a drink! Simplicity and super stardom. I realized I have been such a bloody brat. Cannot get over his demeanor. Thank you Bob ! pic.twitter.com/gzdhQDawBO

What caught our attention, more than the pic itself was Chintu Kapoor’s self reflection on how De Niro’s ‘simplicity’ made the actor realise what a ‘brat’ he himself has been.

He also shared how De Niro has known Ranbir from a meeting in the past, where he had asked the Ae Dil Hai Mushkil star and Anupam Kher to come over for a drink!

Rishi Kapoor has been in New York for about a month now, for some undisclosed medical treatment. His wife, Neetu Kapoor is also travelling with him; and has been posts recovery pics with the actor, on Instagram, every now and then.

Hello all! I am taking a short leave of absence from work to go to America for some medical treatment. I urge my well wishers not to worry or unnecessarily speculate. It’s been 45 years “plus”of wear and tear at the movies. With your love and good wishes,I will be back soon!

We wish the actor a speedy recovery!

Does Your Makeup Get Oily And Greasy? Follow These Steps Before A Session

These Celebrity Looks Are Here To Keep Your Fall Wardrobe Sorted