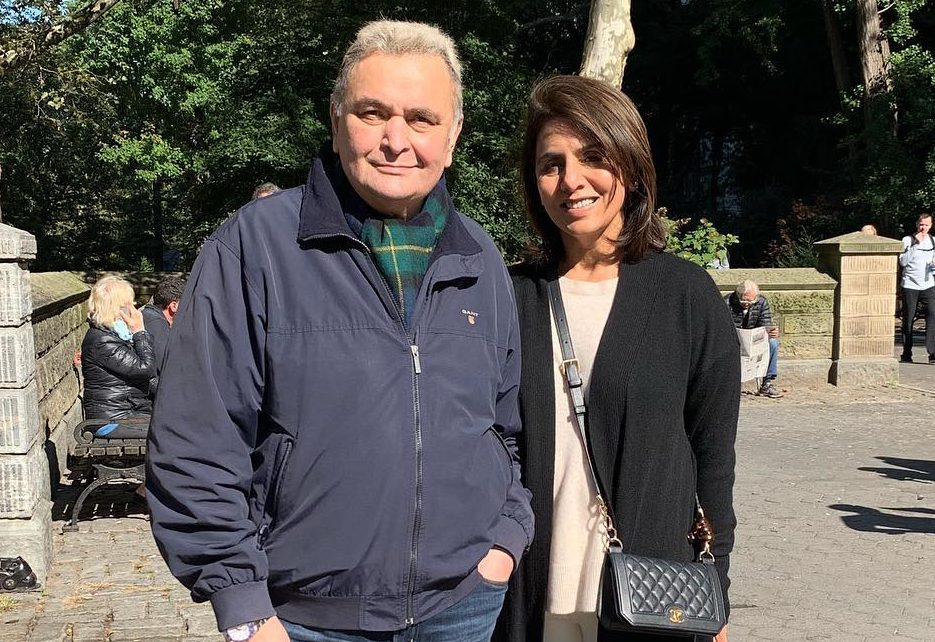 Rishi Kapoor Talks About His Medical Treatment, Says He Will Return To India Soon

Rishi Kapoor had temporarily moved to New York for some medical treatment in September, 2018. Rishi Kapoor had also requested his fans not to worry about his health or unnecessarily speculate. And now, Rishi Kapoor has shared some news that has made his well-wishers heave a sigh of relief!

Hello all! I am taking a short leave of absence from work to go to America for some medical treatment. I urge my well wishers not to worry or unnecessarily speculate. It’s been 45 years “plus”of wear and tear at the movies. With your love and good wishes,I will be back soon!

This was the tweet that Rishi Kapoor had shared in September last year, after which there were several rumours about the exact disease that he has – but nothing was confirmed by the Kapoor family. Rishi Kapoor was later joined by son Ranbir Kapoor, and wife Neetu Kapoor in New York, while his treatment was going on. Though the disease remains undisclosed, Rishi Kapoor will reportedly be recovering from the ‘long’ and ‘tedious’ treatment very soon, as told in a report to Bollywood Hungama.

Rishi Kapoor had also delighted the Kapoor khaandaan fans with some great pictures of the family together in New York. The actor had shared a click with wife Neetu Kapoor, son Ranbir Kapoor, daughter Riddhima Kapoor Sahni and her husband Bharat Sahni.

And later, Neetu Kapoor also shared a picture with the Kapoor family – extended to include Alia Bhatt and Riddhima Kapoor’s daughter Samara Sahni. The family looked in a jolly mood, but what got everyone thinking was her caption that read, ‘Hope in future, cancer is only a zodiac sign.’ The post went viral instantaneously, and all the followers started wishing him a healthy and happy recovery.

Rishi Kapoor has now said in a quote to Bollywood Hungama, “My treatment is on, hopefully I will recover soon and God willing I will return. The procedure is long and tedious and one needs immense patience which unfortunately is not one of my virtue.”

Rishi Kapoor, who was last seen on screen in Mulk, and in Netflix’s Rajma Chawal –  is not planning to return to the screen for some time. “Thankfully, I am not thinking about films anymore, just want to be blank and refresh myself with a more relaxed mind. This break shall be therapeutic for me.”

We wish the actor all the strength and patience to deal with this treatment and hope he returns to the country soon!

Add Some Glamour Into Your Day With These Fashionable Celebrity Looks