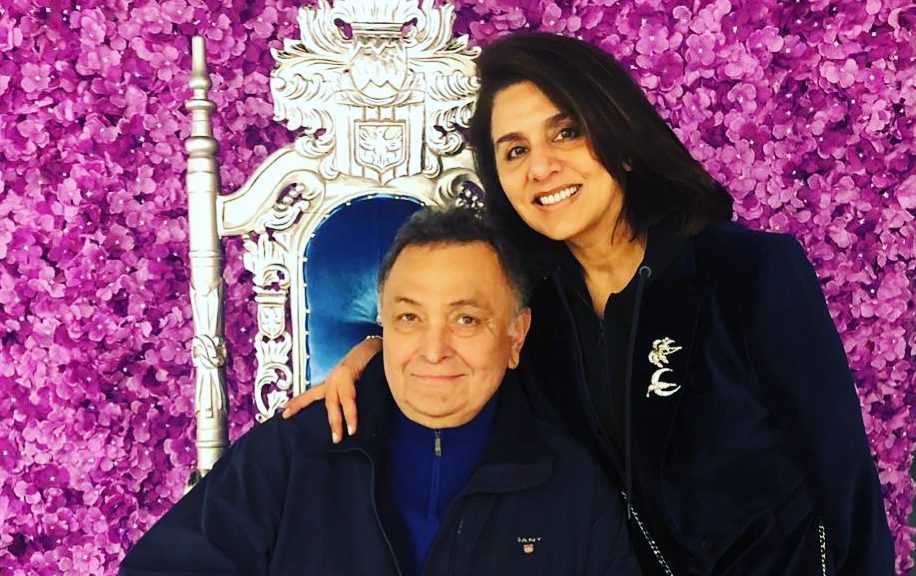 Actor Rishi Kapoor has been in New York for nearly a year now, undergoing treatment for cancer. He is on the road to recovery and is awaiting his return back home. In what was his first television interview, he along with his wife Neetu Singh opened up about the trying time that the Kapoor family has been through, the initial shock, coming to terms with the diagnosis and the trying time through the treatment.

My first reaction was, obviously very bad, I was devastated, my kids were devastated. We didn’t know what to do. But then we thought to ourselves that this is it, we have to deal with it. Where he (Rishi) is concerned, he was in denial. For 4-5 months, he was not himself. I think when you start accepting that this is your issue, then you are stronger. I feel he is much stronger for the past, maybe 5-6 months.

Neetu also spoke about how she broke the news to her son Ranbir Kapoor. She said when she told Ranbir, he was teary-eyed and in denial for about an hour or so. Then he composed himself and said, “Let’s deal with it.”

That amazing feeling in your lows when there is Positivity 💃🏻Happiness 😁Love 🥰 and that Wink 😜!!!!

Rishi Kapoor said there is a fear around diseases like cancer and a lot has to do with its portrayal in films. The actor said it’s very much curable and we need to discard the fear.

The thing is, people think and we dramatise in films, that cancer is a dreaded disease. Yes, it is. But today, it is all treatable, if diagnosed at an early stage, it can be dealt with. Cancer is curable and also, you have to have family support. Filmon mein humne background music daal, dool ke itna kharab kiya hai naam cancer ka! Today it its treatable, people are dealing with all kinds of cancer … just have to be positive.

Neetu Singh has been Rishi Kapoor’s pillar of strength during his testing times, as he said himself. She opened up about the experience, saying that it was like she had a third child. “Mujhe laga, I became his mother. Like, like he was my third child…khana, sona, dawaiyaan…jaise bacche ko look after karte hain. I just became a mother. A mother wants to do the best,” said Neetu Singh. She further said that she worried about him the most when he refused to eat, and she would find ways to persuade him to take something.

Rishi Kapoor further reiterated that he is through with the course of treatment, and hopes to return to India by September. “I have gone through a treatment and thankfully it is successful. Thank you for the great and lovely blessings and duas of all my friends and family and fans. I really thank all of them that we had the courage to sail through,” said the actor.

Alia Bhatt’s Next Film To Have Special Appearances By Ranbir Kapoor & Deepika Padukone?