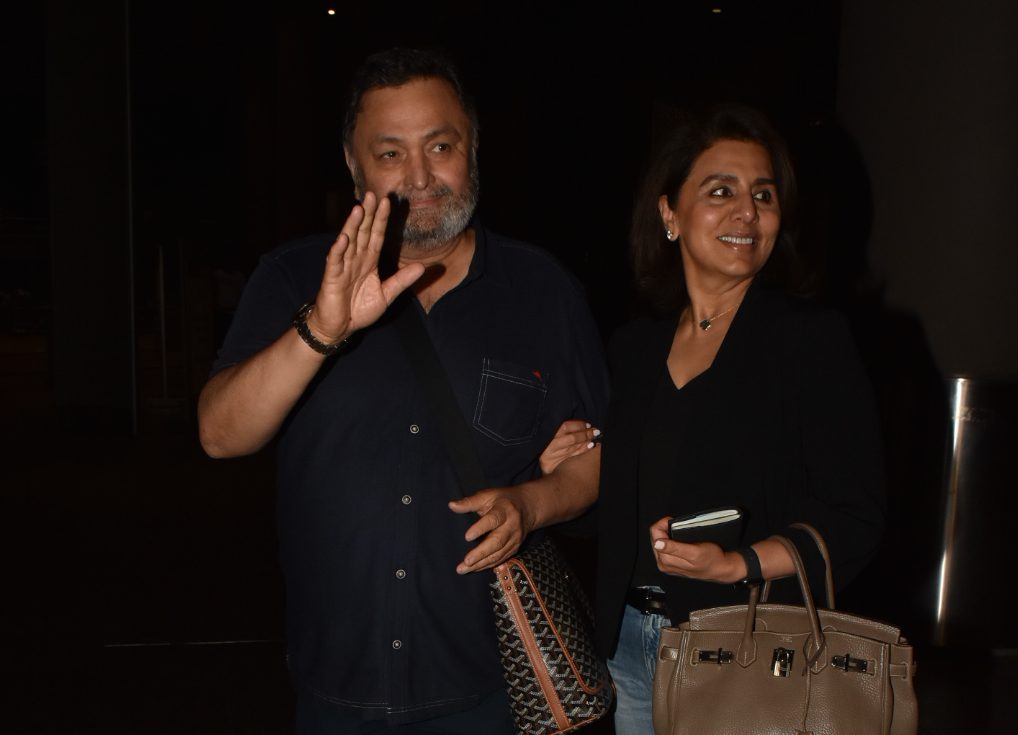 Finally! Rishi & Neetu Kapoor Return To India After Spending Almost A Year In The US

It’s a great day for the ‘Kapoor’ family as Rishi Kapoor and wife Neetu Singh have finally touched base in the country! The couple landed at Mumbai airport early morning on September 10, which is when Rishi Kapoor announced his return on his Twitter handle.

It has been exactly 11 months 11 days since Rishi Kapoor moved to New York. The actor had been undergoing treatment for Cancer, and several celebrities in Bollywood had visited him while he was in the city. Rishi and Neetu Kapoor were both smiling as they greeted the paparazzi upon their return.

Read: Neetu Singh Says Rishi Kapoor Was In Denial For Months When He Was Diagnosed With Cancer

Read: After Year-Long Cancer Treatment, Rishi Kapoor Finally On His Way Back To India?

Needless to say, Rishi Kapoor’s tweet got Twitterati in a spate of excitement. Several celebrities and reknowned personalities wrote to him, welcoming him back and sharing their thoughts about his return which included the likes of Farhan Akhtar, Adnan Sami, Atul Kasbekar and Kunal Kohli. Fans of the actor too Tweeted out, welcoming him and asking him to take care. Here are the reactions-

You are a warrior sir, not just a survivor. ur spirit is unbeatable. But I must say family support matters most during difficult times , especially ur wife, Neetu mam

Welcome and go straight to @ashabhosle home for dinner…for the next 11 months and 11days…you should start visiting a different person (friend, fan, stranger's) home for dinner…set a new world record and post pic the next day.we missed you 😘😍🙏💐🇮🇳💪 take care and enjoy.