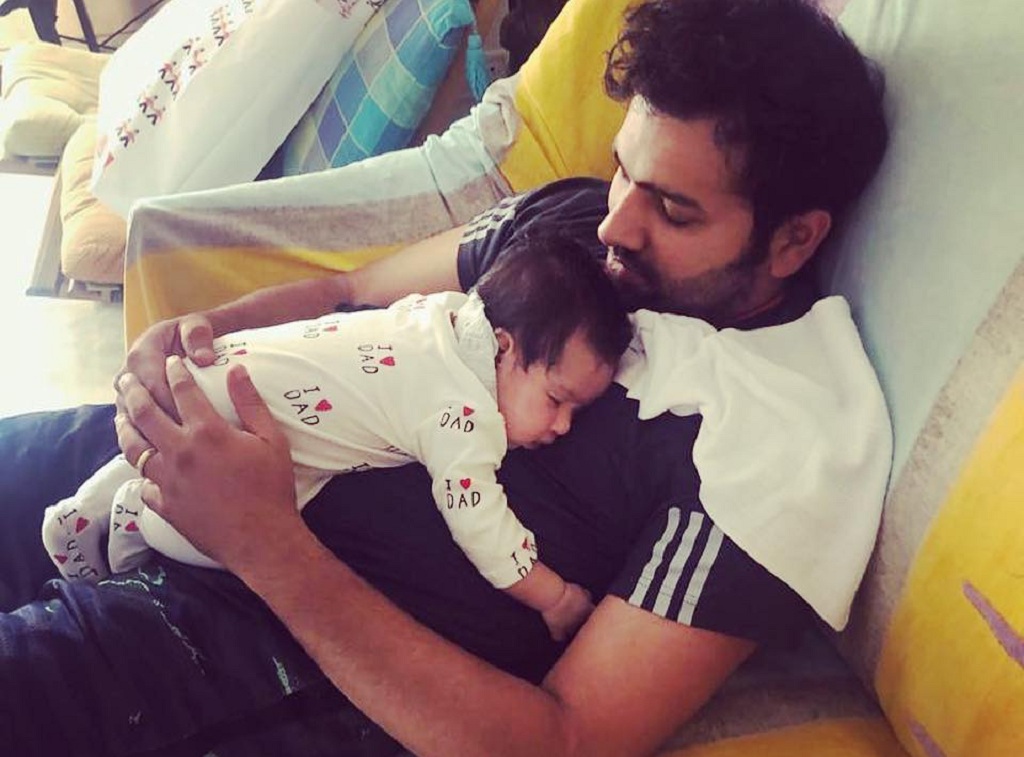 Dads are superheroes who are smarter than Ironman, cooler than Iceman and braver than Superman. They are common men who turn into storytellers, adventurers and even singers at any odd hour of the day for their munchkins. And Indian cricketer Rohit Sharma is a perfect testimony of that as he basks in the glory of fatherhood.

Ahead of the commencement of the much-awaited 2019 Indian Premiere League and before he dives into captaincy duties, Rohit Sharma was seen spending some quality time with his two-and-a-half-month-old daughter Samaira. The Mumbai Indians skipper stepped into the shoes of a rapper for his little wonder of joy as he performed a song from Gully Boy to Samaira.

We all have a little bit of gully in us 🤙 pic.twitter.com/8wATT7YF4l

While Rohit Sharma seems to be enjoying himself throughout, it is Samaira’s expressions that are priceless. In some moments, the toddler too was seen somewhat moving to her father’s tunes, at other times she looks completely lost, wondering what’s up with her daddy cool.

The adorable video even melted the hearts of Bollywood big-shots. While Amitabh Bachchan called the video ‘Too cute’, Gully Boy star Ranveer Singh said it’s the best thing he has seen on the net.

On the professional front, Rohit Sharma is leading Mumbai Indians in IPL’s 12th edition. While they lost to Delhi Capitals in their opening match on Sunday, March 24, the team is gearing up to face Royal Challengers Bangalore on March 28th.

Bollywood Fashionistas Who Will Make Purple Your New Favourite Colour!