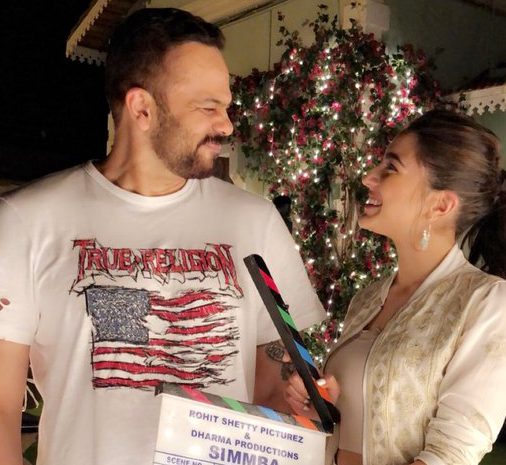 Sara Ali Khan and Rohit Shetty share a fun-filled relationship, and their upcoming appearance on a television show proves exactly that! The duo was invited as guests on the finale of a comedy show with Maniesh Paul. Sara Ali Khan requested the director to cast her in the sequel of the ‘Golmaal’ franchise, and his response was epic.

“Golmaal ke liye aapko koi heroine mili hai?” asked Sara Ali Khan. To this, Rohit Shetty said, “Jab bhi Golmaal banaunga, aap hi ko lunga!” Once Sara Ali Khan heard him say this, she began to celebrate. But Rohit Shetty poured water on Sara’s Golmaal dreams, as he explained that the makers of the show had asked him to do some comedy through the show! Sara Ali Khan’s expression then returned to disappointment.

And that’s a picture wrap 🙏👀❤️ 🎥 Thank you so much @itsrohitshetty sir for all your warmth, patience, advice, direction, concern, compassion and lots more. Working with you has been a total blast! And @ranveersingh you truly are a star. Your energy is contagious, your passion is palpable and your positivity is incomparable. Seeing you two work with this laser sharp focus and undying dedication made me realise why and how you both are where you both are. I really thank my lucky stars that I could work with both of you! 🤩✨🙏🙏 #simmba #gratitude #boss

Read: How Sara Ali Khan Won Hearts & Emerged As The Newcomer Of 2018

Sara Ali Khan had shot her second film Simmba with Rohit Shetty, alongside actor Ranveer Singh. The film had released in December 2018 to much acclaim from audiences and masses. Sara Ali Khan had put up a thank you note for Rohit Shetty, thanking him for his warmth, patience, advice, and compassion. She had even shared a cute click with the director on the occasion of Teacher’s day last year!

FREAKY! Fish With A Human-Like Face Is Floating In A Viral Video Online