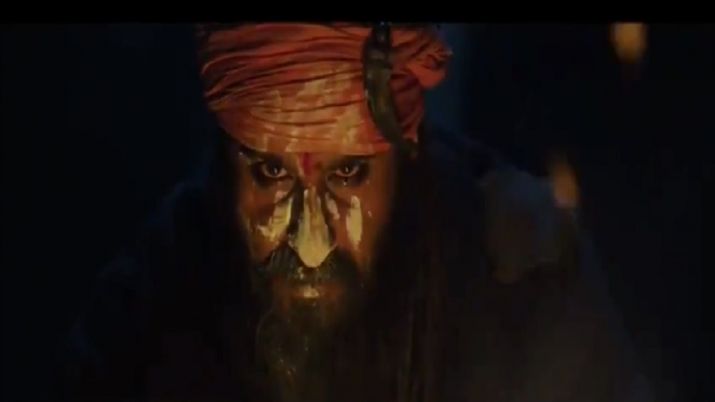 Saif Ali Khan will be seen in the avatar of a ‘Naga Sadhu’ in his upcoming film, ‘Laal Kaptaan’. It was on the occasion of the actor’s birthday that the teaser dropped.

Talking about his look in Laal Kaptaan, Saif had revealed in an interview, “I even got my ears pierced for the role, which I was worried about initially. My hair has grown a lot. It bothered me throughout summer, when I was shooting in Rajasthan’s sweltering heat. It took me 40 minutes to two hours sometimes to just get into hair and make-up for the part.” Saif had also added, “My part in Laal Kaptaan is that of a person who is an animal at heart a flat-footed wild fellow.”

Sunil Lulla, Managing Director, Eros International told PTI,”Saif is a gifted actor and this script allows him to showcase his talent like never before. Laal Kaptaan boasts of a larger-than-life landscape, dramatic characters and a gripping story that makes it a first of its kind.”

Saif Ali Khan is currently in Windsor, England with Kareena Kapoor Khan and his son Taimur. The actor has been in England for a month now and is shooting for another film in his pipeline with debutante Alaia F. Khan will also be seen in Bhoot Police and Tanhaji: The Unsung Warrior.

‘Circuit’ To ‘MC Sher’: 7 Bollywood Characters Who Should Get Their Own Films