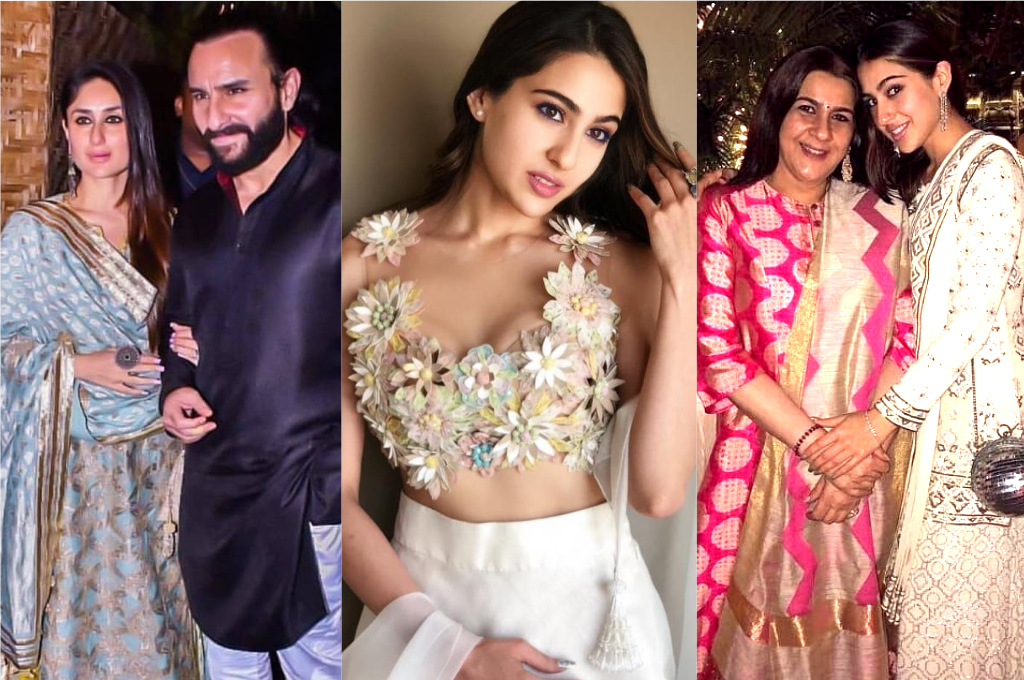 Sara Ali Khan dealt with the subject with great sensitivity and openness, and yet she was honest and expressive about what she really felt about it. Sara said that she had never been clearer about the situation with her “father’s wife” Kareena Kapoor Khan.

"God has been very kind to me. I am lucky to have found this man who is so modern, so liberated. He's much more intelligent than me. I like the fact that he is so well read and that I can count on him for everything." ~ Kareena Kapoor Khan 😍💓✨

Sara Ali Khan says that Kareena Kapoor had never insisted on being called “Mom” or “Aunty” – and rather vehemently opposed the latter. She always wanted a friendly equation with Sara, and at the end of the day, just wants to be her friend – according to Sara – which is great because the duo share a great relationship!

Saif Ali Khan was also extremely candid about the whole experience of getting married again, and how he actually wrote an entire letter to ex-wife Amrita Singh before the wedding. Sara Ali Khan – who was attending the wedding anyway – attended it with a happy heart, after reading the letter. There is not a trace of bitterness among the trio of Kareena Kapoor Khan, Sara Ali Khan, and her mother Amrita Singh – and they are all just one big, happy, modern family!