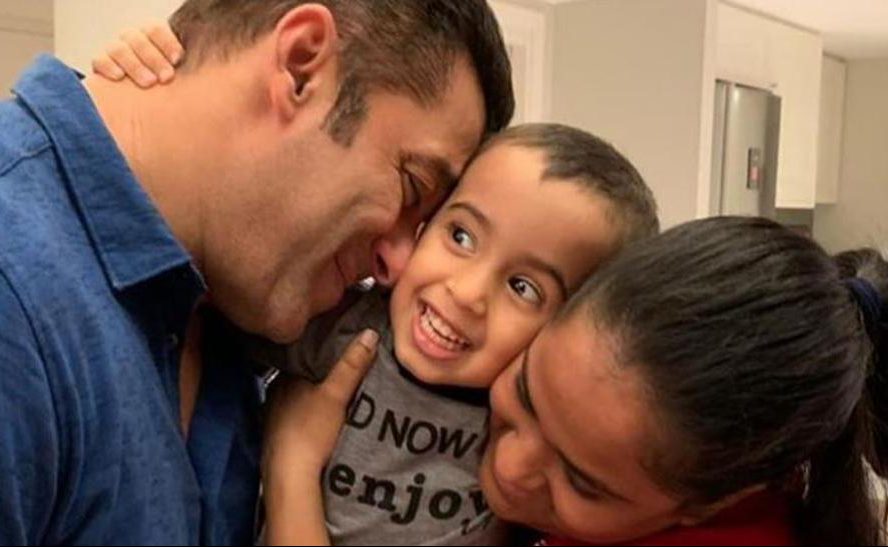 Salman Khan’s birthday celebrations became extra special when sister Arpita gave him the most precious gift a brother could receive on such an occasion – a niece. Yes, Arpita Khan delivered her second-born, a baby girl, on Salman Khan’s 54th birthday. The birthday boy shared a post announcing the same. ‘Welcoming our daughter into the world. Grateful & Overjoyed’, we wrote.

Welcoming our daughter into the world. Grateful & Overjoyed 🙏

While videos of the Dabangg star cutting his birthday cake with family and friends have been doing the rounds on social media since midnight, it was actually the news of his younger sister having her second baby on the occasion of the actor’s birthday that stole the thunder.

According to reports, Arpita had intentionally picked this date for her c-section delivery, as she wanted to make her brother’s birthday extra special. Arpita’s husband Ayush Sharma had earlier told a news wire that the couple’s journey has been amazing, so far. The couple has named their daughter Ayat Sharma.

I think the new arrival is always exciting. Arpita and I are expecting our second baby. Ours has been an amazing journey, so it starts all over again.

Arpita and Ayushi were blesses with a baby boy in March 2016, who is also the apple of uncle Salman Khan’s eye. Salman brought in his 54th birthday with family and close friends, including actress Katrina Kaif, Sonakshi Sinha, and brother Arbaaz Khan.