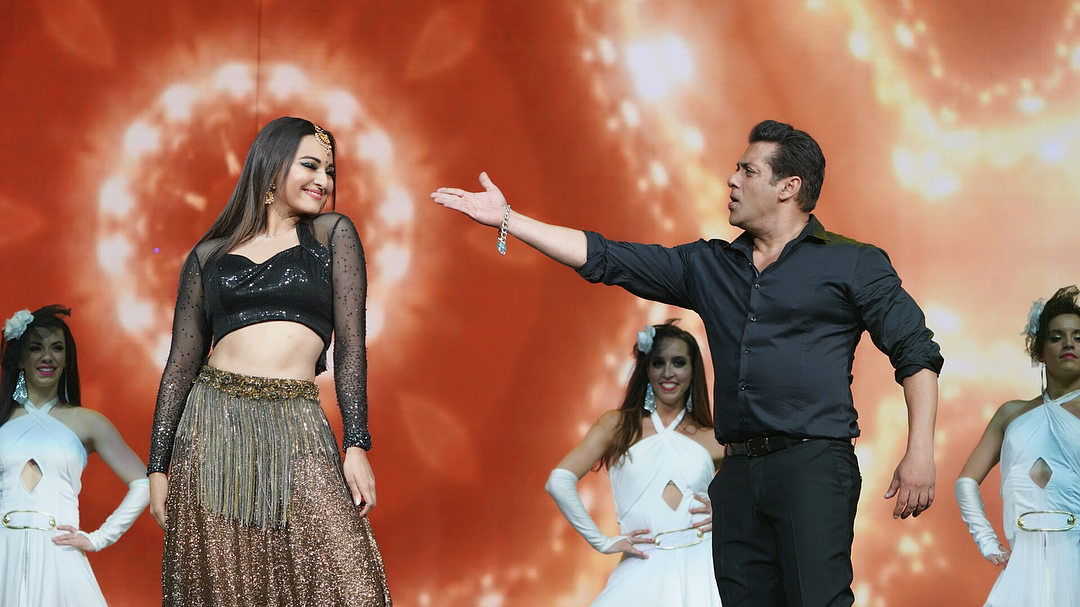 Sometimes all we need is a little push, support and motivation from our loved ones in order to find our true calling! That’s exactly what Salman Khan means to Sonakshi Sinha. Sonakshi Sinha, who is currently set to release her upcoming movie ‘Kalank’ will be starring alongside Salman Khan in Dabangg 3.

Some things never change!! Congratulations brother of the bride @BeingSalmanKhan 🙂

According to Sonakshi, Salman Khan helped her explore her acting talent. She was quoted saying to IANS.

Every time I enter the set of ‘Dabangg’, it is a special feeling. I started my journey 10 years ago with that film. It was my debut film opposite Salman Khan. My equation will never change with him no matter how many films I sign and what I achieve as an actress. He helped me to find my calling, I did not even know that I can act and I am an actress now.

Read: ‘Rajjo’ Is Back! Sonakshi Sinha Shares Her Look From The Sets Of ‘Dabangg 3’

#Dallas, #SanJose, #Vancouver!!! You were mast mast se bhi zabardasssst!!! Thank you for a SOLD OUT weekend yet againnnn!! We loved performing for you! #dabanggtourreloaded #chulbulandrajjo

Read: Badshah Is Here With His First Bollywood Film Opposite Sonakshi Sinha

Sonakshi is exhilarated to be a part of the Dabangg team again. She said that it’s very heartwarming for her to be working with the same members of the team. “Only the story has evolved. One of the reasons I am excited about the film is also that I will be working with Prabhudheva again,” she revealed.

RAJJO is back!!! From Dabangg, to Dabangg 3…Its homecoming. Day 1 of shoot for me today, wish me luck ❤️ #DabanggGirl

Read: Salman Has Shot The First Song Of His Next Film & We’re Like ‘Hud Hud Dabangg Dabangg’

Sonakshi is currently all caught up with Kalank’s promotions and she’s been bustling for the same. “I joined the team of Dabangg 3 and shot for a couple of days in Maheshwar. Now I have come back (to Mumbai) as Kalank is releasing and I am promoting the film. I will go back to shooting again,” she added.

Read: Being Salman Khan – Bollywood’s Bad Boy With A Heart Of Gold

Big B Says ‘Badla’ Success Not Being Celebrated, SRK Saves The Day