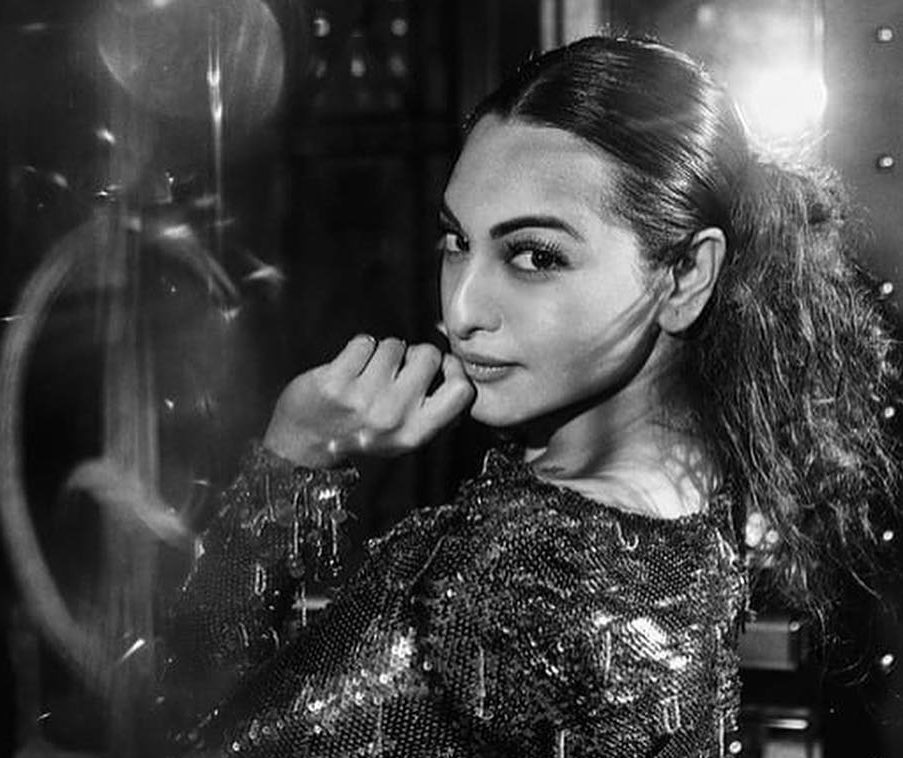 ‘Rajjo’ Is Back! Sonakshi Sinha Shares Her Look From The Sets Of ‘Dabangg 3’

Salman and Arbaaz Khan, who’ve announced the commencement of shoot for Dabangg 3 in Indore had recently shared a video talking about how the place is also where the brothers were born. While the video instantly began making headlines, thanks to the revelation; there was another aspect that caught everyone’s attention. Sonakshi Sinha’s comment on the video, saying that she will be coming soon to join them!

Well, staying true to her word, Sonakshi has shared the first look of her character Rajjo from the film’s sets. Have a look!

RAJJO is back!!! From Dabangg, to Dabangg 3…Its homecoming. Day 1 of shoot for me today, wish me luck ❤️ #DabanggGirl

Sonakshi Sinha captioned the post that read, ‘RAJJO is back!!! From Dabangg to Dabangg 3… Its homecoming.” It was from the first day of the shoot schedule, that she had shared the click. She further asked her fans to wish her luck for the new role she is undertaking. And when it comes to sharing Day 1 clicks, how could Salman bhai be far behind? Check out his first day click from the shoot.

Read: Kalank To Dabangg 3: Sonakshi Sinha Has Her Year Planned And How!

Salman’s look was complete with his character Chulbul Pandey‘s signature aviator glasses. He posed with the director of the film, Prabhudheva. Though his face isn’t visible in the click, the picture was enough to send fans into a tizzy!

Salman Khan will also be seen in the Ali Abbas Zafar film Bharat, which is slated for a June 2019 release. Sonakshi Sinha will also be seen opposite Alia Bhatt, Aditya Roy Kapur, Varun Dhawan, Madhuri Dixit, and Sanjay Dutt in her upcoming film Kalank.

Love is all you need ❤️ #kalanktitletrack is out tomorrow!

Summer Recipes For The Chocolate Lover