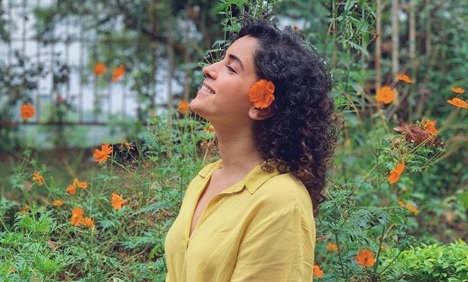 Sanya Malhotra Wraps Shooting For ‘Pagglait’, This Is When The Film Is Releasing

Ekta Kapoor, known for her relatable & flawed women, who rebel stereotypes, in her latest venture, will be collaborating with Academy Award-winning producer, Guneet Monga. Pagglait, which is directed by Umesh Bist, will see Sanya Malhotra essay the role of a young girl, who’s on her way to discovering her purpose and identity amidst looming questions about love and belongingness.

Vidya To Deepika: Bollywood Ladies Redefining Unrealistic Standards Of Beauty Is The Only Way Forward