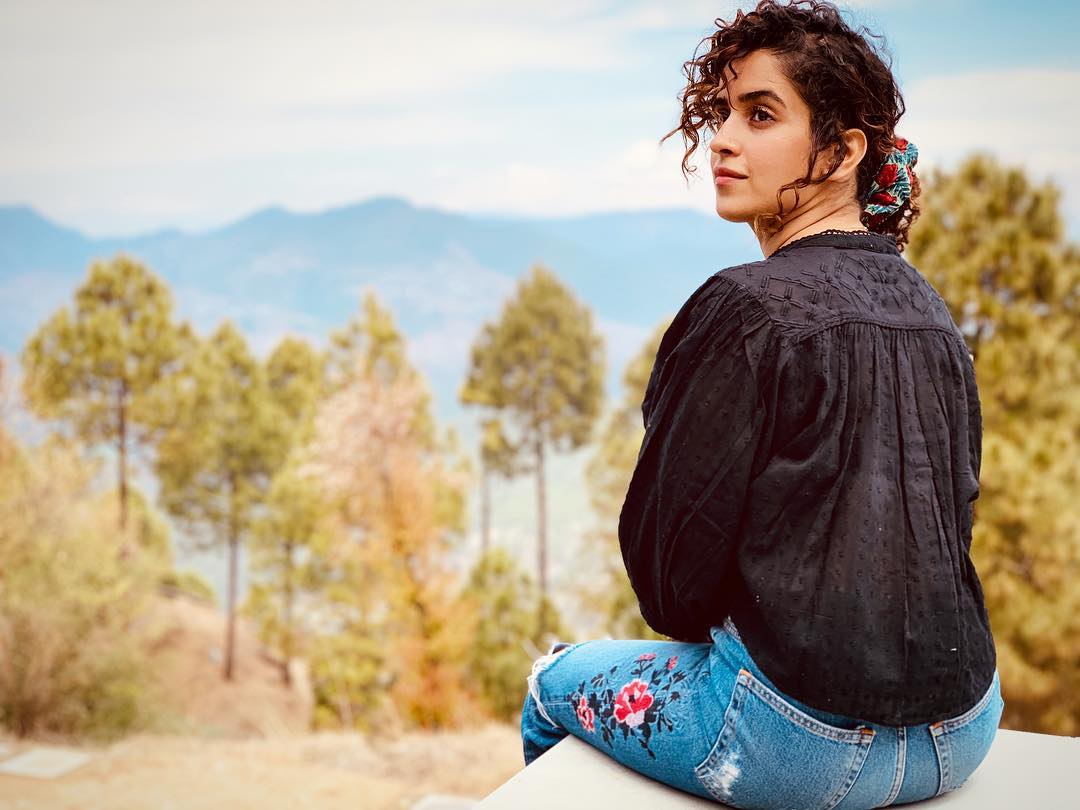 Vidya Balan’s first look from ‘Shakuntala Devi’, the biopic on the ace Indian mathematician, was released some time back. The air was abuzz with news that Sanya Malhotra was going to play her daughter in the film. And now, the reports have been confirmed! Sanya Malhota shared her first look as Anupama Banerji in the film.

“Super excited to play Anupama Banerji in Shakuntala Devi. Already in love with my look in the film,” wrote Sanya Malhotra on her new look. The actress had earlier teased fans with a hint of her look, holding a book titled ‘Figuring The Joy Of Numbers’ and hiding her face behind it. She asked fans to ‘wait’, and not judge a book by its cover and stay tuned for what’s behind it.

The actress had also shared some snaps of her reading the script with actress Vidya Balan, whose daughter she will be playing in the film. “Super super excited about this one,” was what Sanya Malhotra wrote about the project.

Read: Vidya Balan’s Bob Cut In ‘Shakuntala Devi’ Has Got The Internet Buzzing On A Monday

The filming for Shakuntala Devi had begun on September 16. The film is based on the life of India’s ‘Human Computer’ for her extraordinarily quick problem-solving and numerical abilities. Shakuntala Devi releases in 2020.