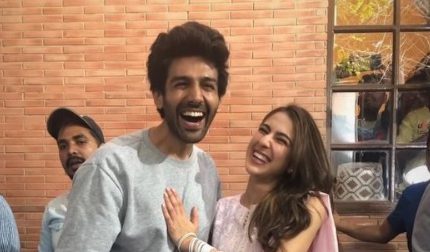 Watch: Sara & Kartik Have Some Fun On Set After Wrapping Their Shoot

Sara Ali Khan and Kartik Aaryan have somehow become the much-awaited duo people want to watch on the silver-screen. Even though the two have never worked together in the past, their exchange of appreciation for each other on different platforms created quite some buzz amongst followers, right before Sara’s first film ‘Kedarnath’ released in 2018. 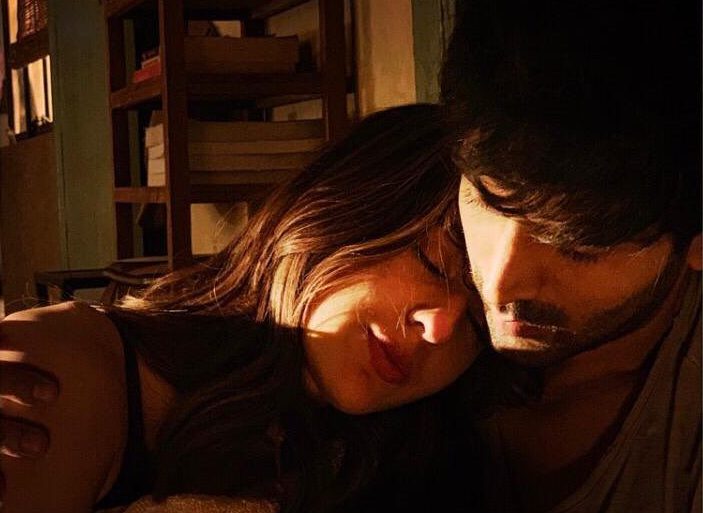 So when the young actors announced their collaboration with Imtiaz Ali for his next romance-drama, they instantly became the talk of the town. Remember, Sara had said on a popular celebrity chat show that she would like to date Kartik Aaryan, and the latter had responded saying he would like to take her out for coffee.

While no one really knows whether the ‘crush confessions’ led to the film, or was it all planned very smartly by the two actors, ahead of the announcement of their film; what we do know is that Sara and Kartik were shooting the first schedule of Imtiaz’s film, in New Delhi. And now it’s a wrap!

If reports are to be believed, then Sara and Kartik could be working together on the sequel of Sara’s father Saif Ali Khan and Deepika Padukone’s 2009 romance-drama, Love Aaj Kal. Who would have thunk that Sara, who was around 15 when the film released would be working in its second part.

Watch Sara and Kartik engaging with fans in New Delhi below.