Sara Ali Khan and Kartik Aaryan are currently shooting for the upcoming Imtiaz Ali directorial ‘Aaj Kal’ in Himachal Pradesh. While the shoot for their film is in progress, that didn’t stop them from doing touristy things in the hills! Pictures from their Shimla outing have gone viral on social media, including the one in which they are sportingly donning the traditional Himachali caps and posing together. 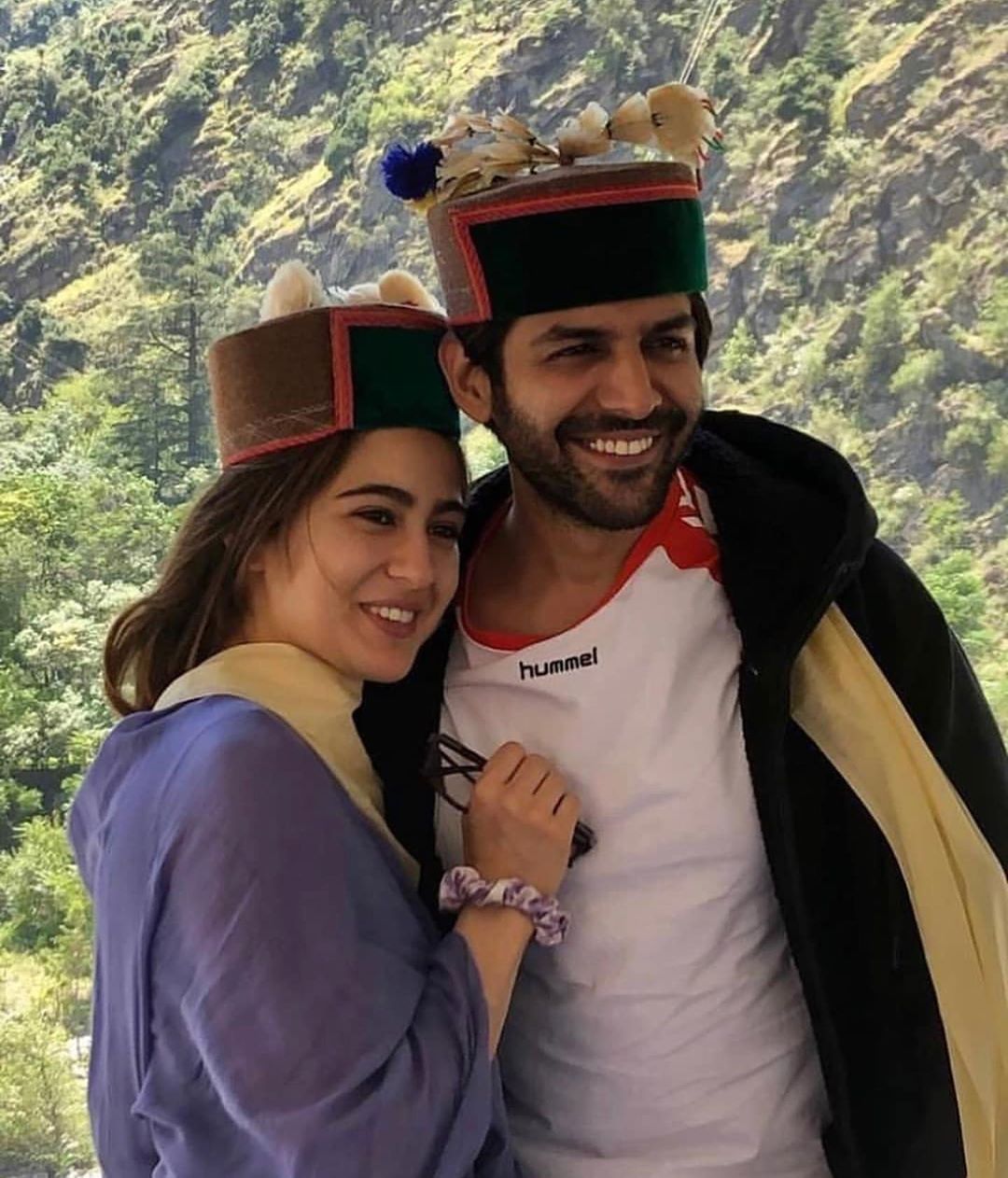 It is worth a mention that Sara Ali Khan was carrying a simple black-frame in her hand, and also had a purple scrunchie tied around her hand. So is this her look from Aaj Kal 2, which is currently under wraps, or is she just every girl ever, making sure that she doesn’t lose her hair-tie.

Sara Ali Khan and Kartik Aaryan were also spotted walking along the beautiful Sutlej river, and a fan page shared a still from the same. 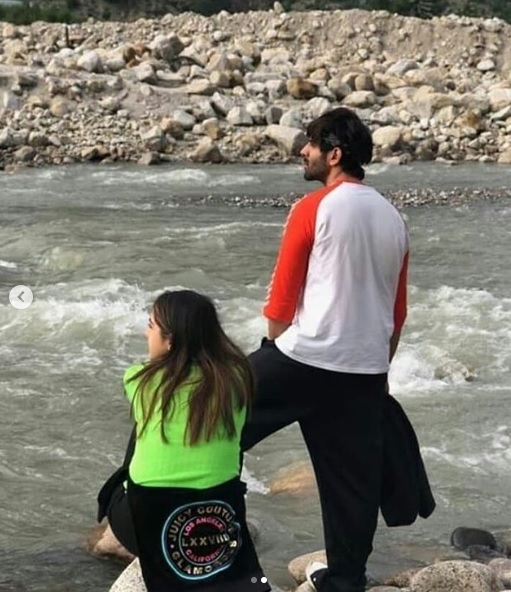 This wasn’t the only fun that Sara and Kartik had while shooting for their film in Shimla. The duo had also ventured out to Shimla’s famous Mall Road. Fans recognized them immediately, despite of the fact that they had covered their faces up! The duo then interacted with fans and clicked selfies too – without shedding their disguise, though.

‘Aaj Kal’ is currently being shot, and will release on Valentine’s Day, 2020. The film also has actor Randeep Hooda alongside Sara Ali Khan and Kartik Aaryan. It is a sequel to Love Aaj Kal, also directed by Imtiaz Ali.