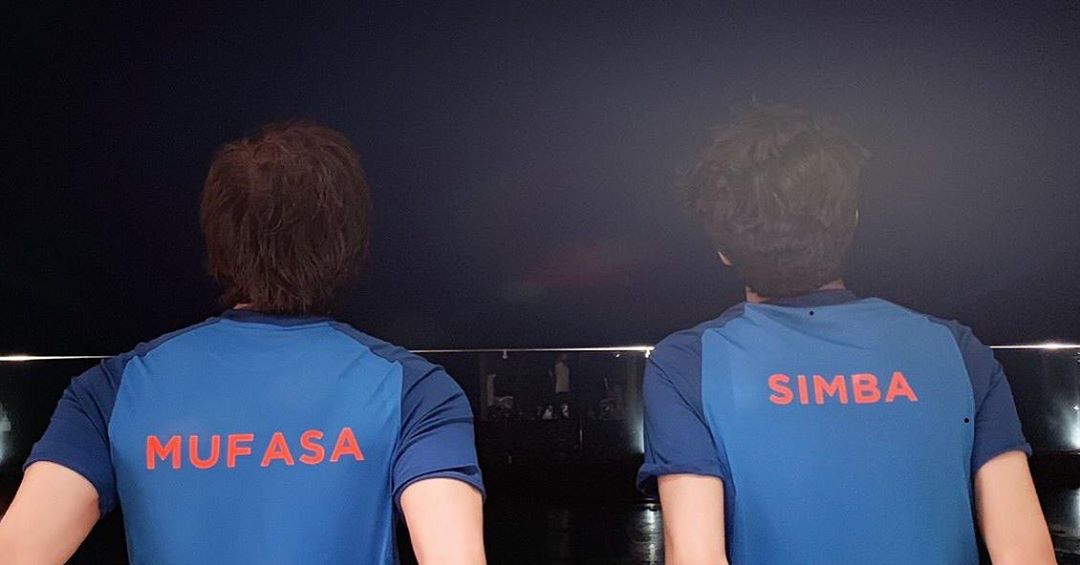 Shah Rukh Khan and Aryan Khan are teaming up to lend their voices to the Hindi edition of Disney’s upcoming live-action remake of ‘Lion King’. While we all are familiar with Shah Rukh Khan’s voice, it was a pleasant surprise to hear his son Aryan’s voice too! And to be honest, we couldn’t tell the difference. Check it out-

Read: Shah Rukh Khan To Team Up With Son Aryan For This Upcoming Disney Film

Shah Rukh Khan shared the first audio file of son Aryan’s voice over on his Instagram profile, captioning it, “Mera Simba.” The video instantaneously went viral on social media, with many people commenting about the similarity in their voices. The fact that they are father-son in real life also lends an edge to the Hindi edition of Lion King. Shah Rukh Khan had earlier also shared a short teaser video of his voice as the original king of Pride Rock, Mufasa, saying that he is ‘jungle ka asli raja’.

Delighted to be a part of this global legacy. In Cinemas 19th July. Yaad Rakhna. #TheLionKing  @disneyfilmsindia

Shah Rukh Khan shared the teaser on his profile with the caption, “Delighted to be a part of this global legacy.” He further asked people to remember the film’s India release date, July 19. On behalf of his son, Aryan, he also thanked the media for appreciating the effort he made. He further added, “Doesn’t his voice sound familiar? Or is it just me?”

Shah Rukh Khan revealed that he has watched the film at least 40 times for his children. “I have seen it for 40 times at least. Maybe not the whole film but every now and then when my kids watched it,” he added.

Young Lions don’t tweet so on behalf of Simba #AryanKhan I want to thank u all for appreciating his effort. Also thx to @disneyfilmindia & the team at Sound & Vision ( Mona & Mayur gang) & doesn’t his voice sound a bit familiar? Or is it just me?

Shah Rukh Khan earlier had shared the announcement of the joint collaboration that he and Aryan were doing for Disney. He captioned the post saying, “Glad to be a part of this journey… a timeless film. Voicing it in Hindi with my own Simba.”

Glad to be a part of this journey… a timeless film. Voicing it in Hindi with my own Simba. The last time we did a film was around 15 years ago and it was ‘Incredible’ and this time around its even more fun. Hope everyone enjoys it 19th July onwards. #TheLionKing @disneyfilmsindia

Read: Simba And Nala Toys Are Saving Lives Across The World!

This is not the first time that the father-son duo is collaborating for a film. They have earlier lent their voices in the year 2004 for the Hindi dub of The Incredibles, which was another Disney offering. While Aryan Khan gave his voice for Dash, Shah Rukh Khan voiced the role of his father.

7 Times Chinjabi Was The Only Cuisine That Satisfied Us