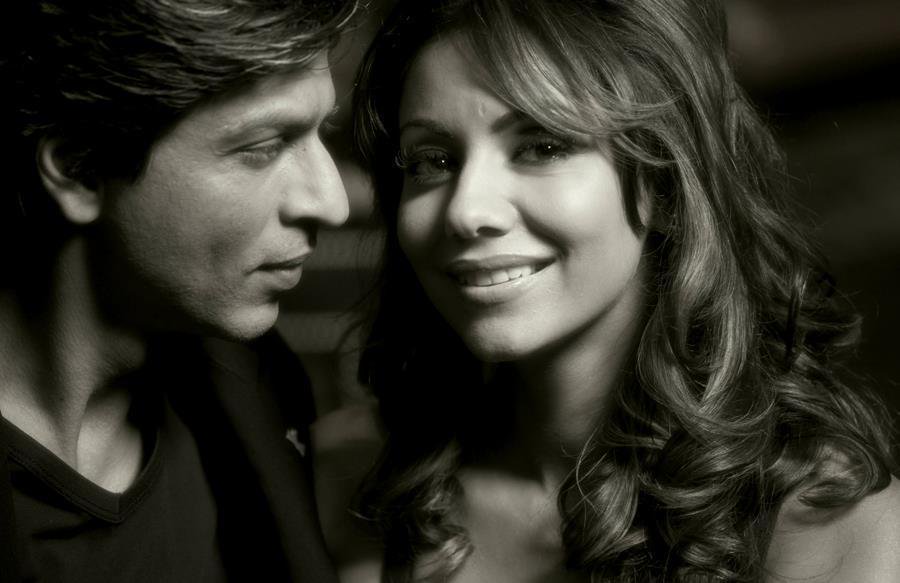 Two teens met at a ‘dance party’ – yes, way back in the 80’s, that’s how people partied! A basement or room would be transformed into a mini discotheque with shiny lights. Tables laden with colas and chips, as popular chart-busters were belted out from the stereo, or a friend acting as a DJ on the console. Those psychedelic lights could sometimes be transformed into cupid’s darts. Many a romance has blossomed over a song and a jive. Well, that’s what happened between 18-year-old Shah Rukh Khan and 14-year-old Gauri Chibba at one such dance party! 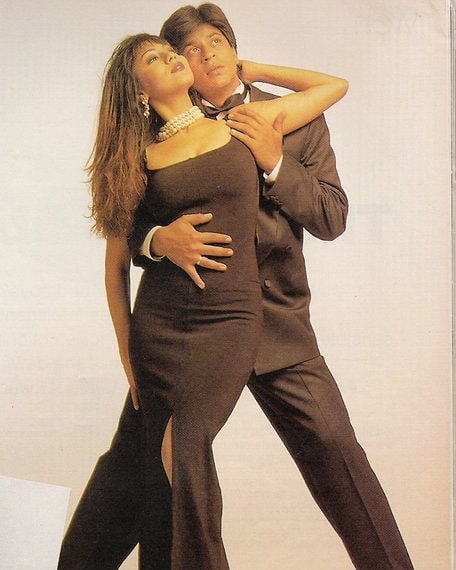 A five-minute nervous conversation, Shah Rukh reminisces. “I remember her wearing red pants, and her curly hair.” He managed to get her number; but in the days of landlines, Shah Rukh called under a false name. Their courtship wasn’t easy, needless to say, there were hurdles like any other couple back in the day. Apparently, after one such fight, Gauri had even packed her bags and left for Mumbai in a huff. And in true filmi style, our hero followed her and won her back! 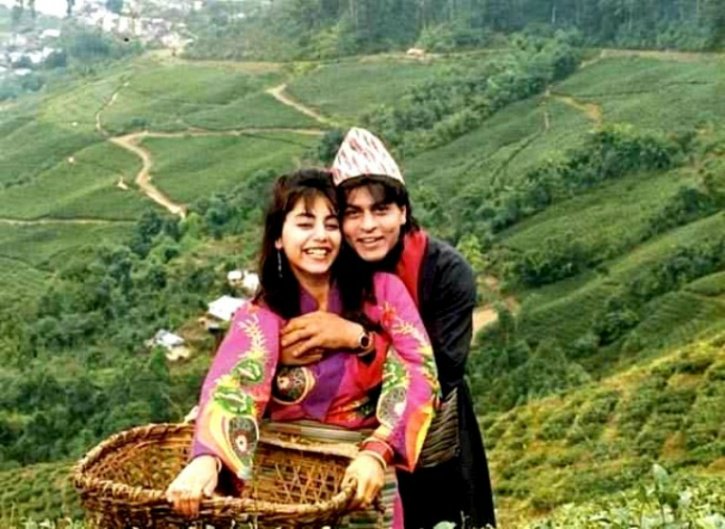 He was an aspiring actor – studying theatre, even managing a TV show! He had his sights set on tinsel town; she, however, had no such starry aspirations. On one hand, she wasn’t keen on his starry aspirations either. Gauri Khan had once remarked, “I have no patience for films.” But Shah Rukh Khan had his sights set on Bollywood! Mumbai was also the refuge he seeked – after his mother’s death, he didn’t want to stay in Delhi. Signed by Hema Malini in her directorial debut Dil Ashna Hai, Shah Rukh also bagged Deewana – which would end up being his debut! 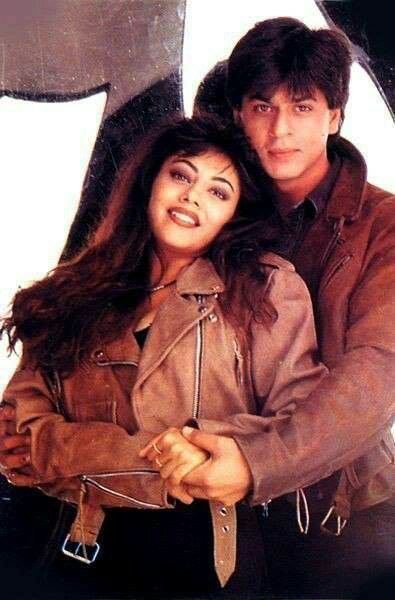 But even before finding his footing in the shaky world of showbiz; where fortunes could go awry in a day, the wheel of fortune as temperamental as the stars it dealt with – Shah Rukh Khan had other things in mind – MARRIAGE! But wouldn’t it be sacrilege for an emerging hero to get married? Would it not dent his popularity – for all you know, marriage could be a liability! Even Aamir Khan, who had made his debut three years before Shah Rukh, and was the contemporary heartthrob, had hidden his marital status. 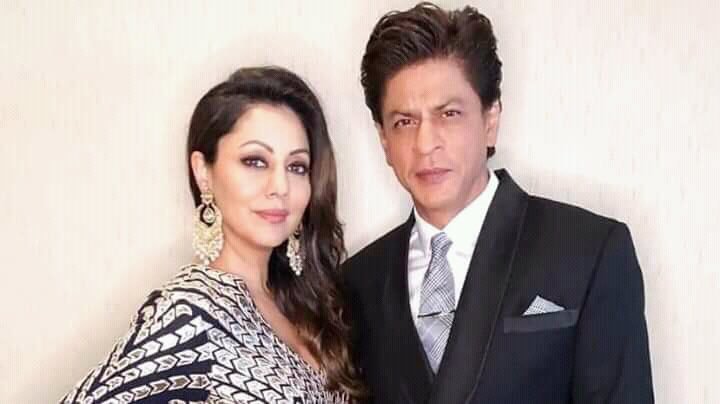 Our aspiring hero, however, wouldn’t have it any other way. On October 25, 1991 – seven years after they started dating – Shah Rukh Khan married Gauri Chhiba – now Gauri Khan! It is a well-known trivia that Shah Rukh actually borrowed a suit from the costume department of his film “Raju Ban Gaya Gentleman” for one of the wedding functions.

The newly weds moved to Mumbai, and began their life together. Shah Rukh also began his filmi journey at the same time. As 1992 saw the initial releases, 1993 saw him defy the norm again. Shah Rukh Khan was the only one who made bad look good, he was the new anti-hero. And as he played the Dilwale to Kajol’s Dulhaniya in Aditya Chopra’s 1995 romance – Dilwale Dhulaniya Le Jaayenge; Shahrukh’s stardom was on the rise! 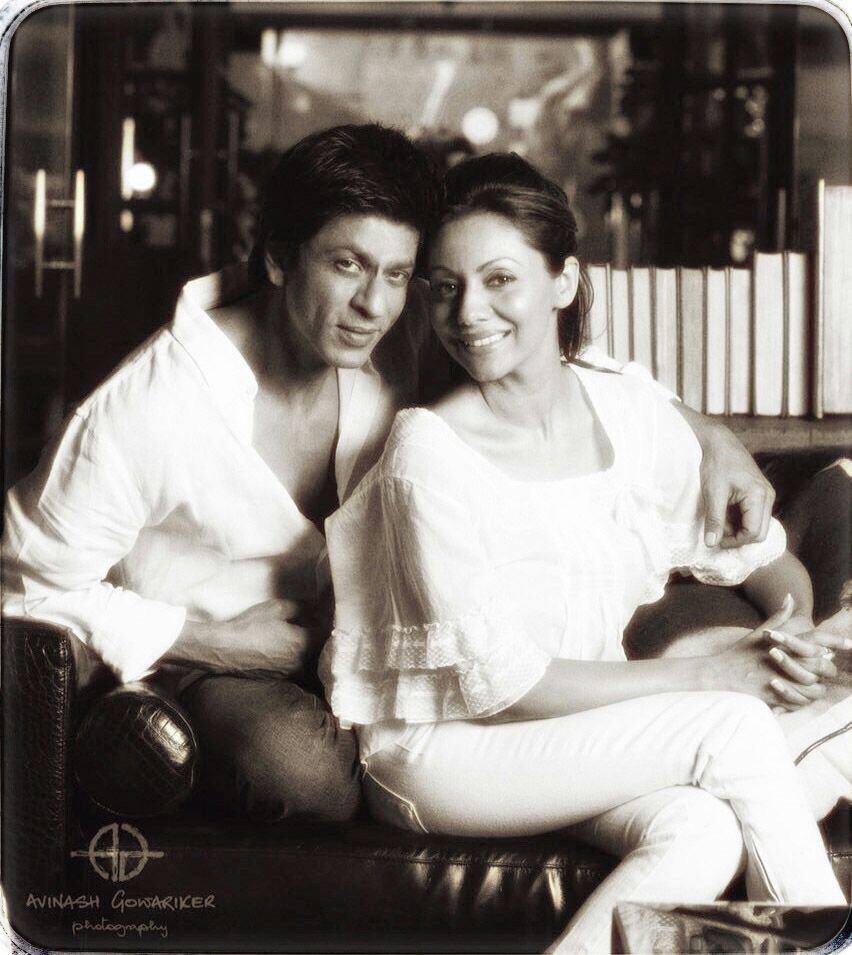 He soon became Bollywood’s King Khan, the ‘Baadshah’, who was a brand to reckon with. Gauri Khan stood patiently by his side, and soon they were partners professionally spearheading their in-house production – Red Chillies Entertainment. Gauri Khan, who has her own interior designing business, maintains her individuality as well! 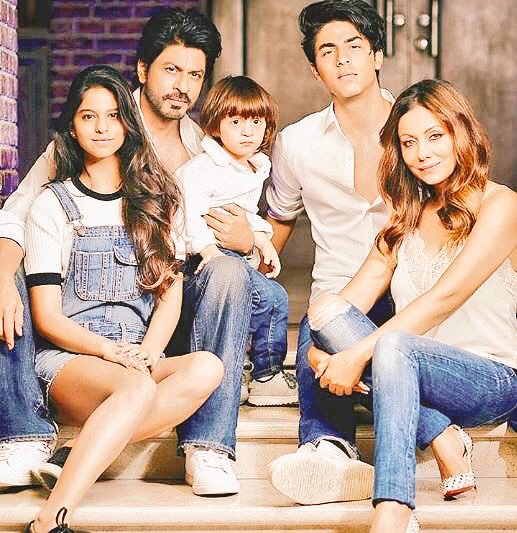 Weathering tabloid tattles, curve balls, and controversies, 28 years and three kids later; the couple continue to be in vogue together!

After Berlinale, ‘Gully Boy’ Gets Top-Notch Reviews From Celebrities At Special Screening