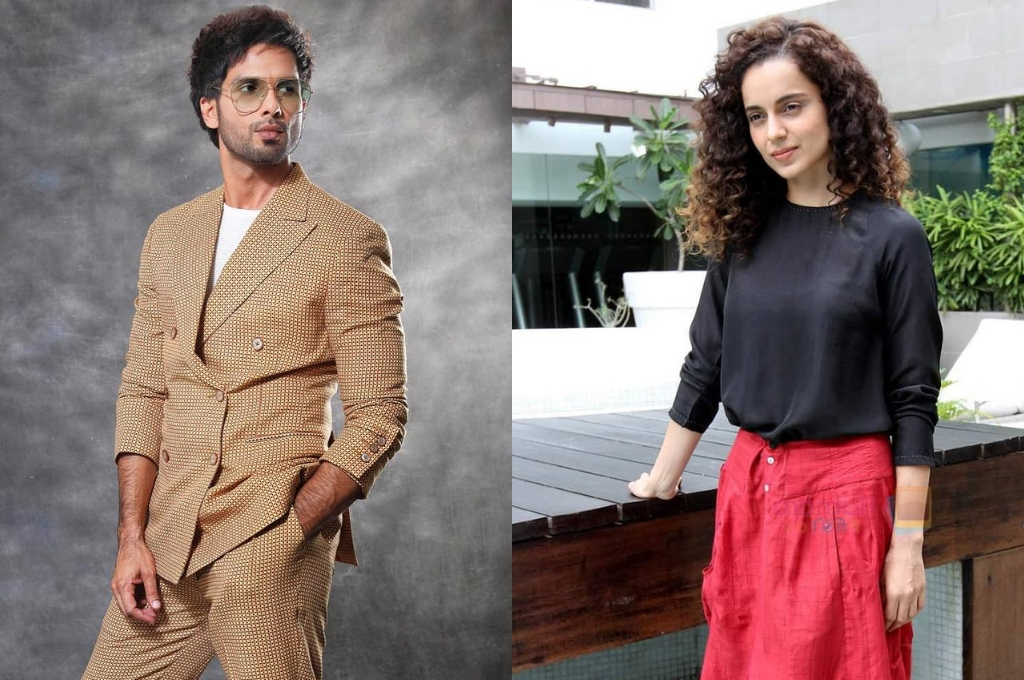 The duo had starred in ‘Rangoon’, and weren’t exactly the best of friends. Shahid Kapoor and Kangana Ranaut had a rocky start to their relationship. And now, their respective upcoming films ‘Kabir Singh’ and ‘Mental Hai Kya’ are slated for a battle at the box office, as both have the same release date. What does Shahid Kapoor feel about the same? Read on!

Shahid acknowledged the fact that there is going to be a clash with Kangana and Rajkummar’s film. “I saw a poster of Mental Hai Kya, and it has the same release date. The teaser had also come out couple of weeks before that.”

However, he remained unfazed about his film Kabir Singh, and believed in the audience’s decision that he would respect.

If the film is good, people will come to watch it. And if the film is not good, even if it has a solo release, it doesn’t do well. Last one year we’ve seen that happen with several films.

He was always clear in his head about his film’s release date, as he claims the makers of Mental Hai Kya are the ones who chose the date later. “We’ve always said that we were coming on that date, so the ball was always in the other film’s court. But, all the best to them!”

Kabir Singh, starring Shahid Kapoor, is based on the life of a surgeon who takes up a strong path of action when his lover is forced to marry another man. Mental Hai Kya, starring Kangana Ranaut and Rajkummar Rao, is a film that celebrates the beauty and imperfections of being different. Both films release on June 21.

Finally! Arjun Says Malaika Is Special To Him & He’s Got Nothing To Hide