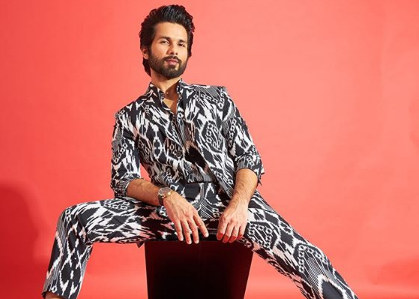 Shahid Kapoor is all set to star in the sports drama titled ‘Jersey’. As the actor preps for his role, he speaks about how the film may seem similar to Ranveer Singh’s ’83, but is still different in its own way.

The actor revealed that he has a school background in the sport, yet he feels the need to brush up his cricket skills.

I used to think I am a good cricketer because I used to open at school. I forgot the fact that there has been a long gap where I have not played cricket. It’s fun to play cricket just like that, but when you are playing a cricketer you need to get the technique right and dedicate a lot of time to it. I am trying to give as much time I can.

Talking about Jersey, Shahid Kapoor said he feels a personal connect to the film since its very emotional. This is what makes it different from ’83.

Jersey is a personal film. It’s a human journey and it touched me deeply. It’s a very emotional film. I am guessing both films must have their own individual identity. I am definitely looking forward to seeing 83.

Read: Ranveer Singh Pulls Off The Most Iconic Kapil Dev Shot And Twitter Is Impressed

He further said the subject of ’83 the film is wonderful in its own right. “’83 is a wonderful subject and I wish them all the best. It’s about India triumphing at the 83 World Cup and I think everybody wants to watch it,” said Shahid Kapoor.