The latest release on the block, ‘Chhichhore’, got off to a slow start at the box office. The Shraddha Kapoor-Sushant Singh starrer began with a decent figure of Rs. 7.32 crores on its first day, but thanks to the strong ‘word of mouth’ factor, the film picked up pace on its second day.

The film collected Rs. 7.32 crores on Friday, and witnessed a jump of 67.35% on Saturday. The personal referral-factor converted into enhanced footfall, and thus reflected in its box office numbers. The upward trend continued even on Day 3, as trade analyst Taran Adarsh tweeted about the film going into ‘overdrive’ on Sunday. Chhichhore did business of Rs. 12.25 crores on Saturday and Rs. 16.41 crores on Sunday, thus pushing up the final total to Rs. 35.98 crores for the opening weekend. This number has surpassed the opening figures for Ajay Devgn’s De De Pyaar De, which had minted Rs. 34.49 crores on its first weekend. 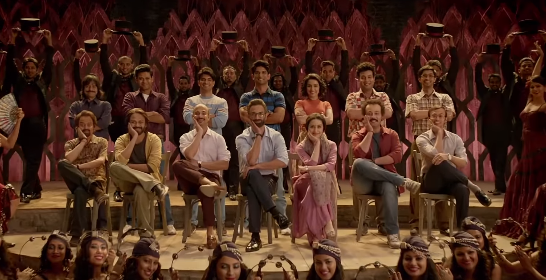 Read: ‘Chhichhore’, The Film That Stays With You Long After You Have Watched It