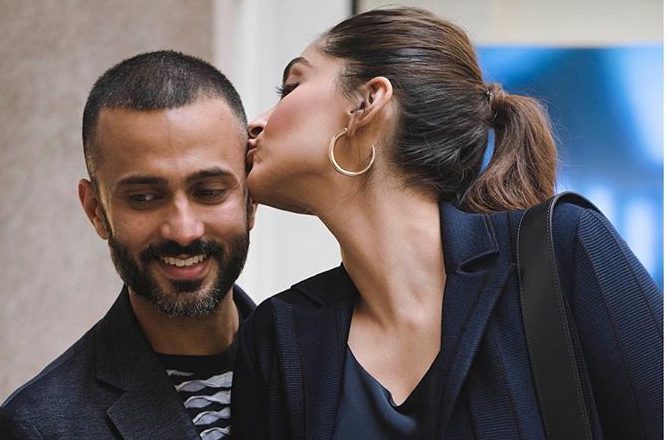 When it comes to public display of affection, actress Sonam Kapoor and husband Anand Ahuja never really shy away from expressing their love for each other. From birthday and anniversary wishes to ‘missing each other’ posts – they do it all, and this time was no different.

Read: This Is What Anand Ahuja Does When He Misses Sonam Kapoor

I miss my ridiculously gorgeous husband. Who also happens to be brilliant, kind and stubborn. @anandahuja

“I miss my ridiculously gorgeous husband. Who also happens to be brilliant, kind and stubborn”, wrote Sonam Kapoor, leaving everyone wondering what Anand Ahuja did to make Sonam describe him as stubborn.

As mentioned earlier, this is not the first time that Sonam has announced how much she misses her husband. In a series of posts on her Instagram, Sonam Kapoor had expressed how much she hates the distance between them, not too long ago. Sharing a throwback picture of her husband and herself, she wrote, “I miss you so much, nothing is worth being away from you.”

Anand, too, in an ‘awwdorable’ social media post, had shared how he watches Sonam’s films when he is away from her.