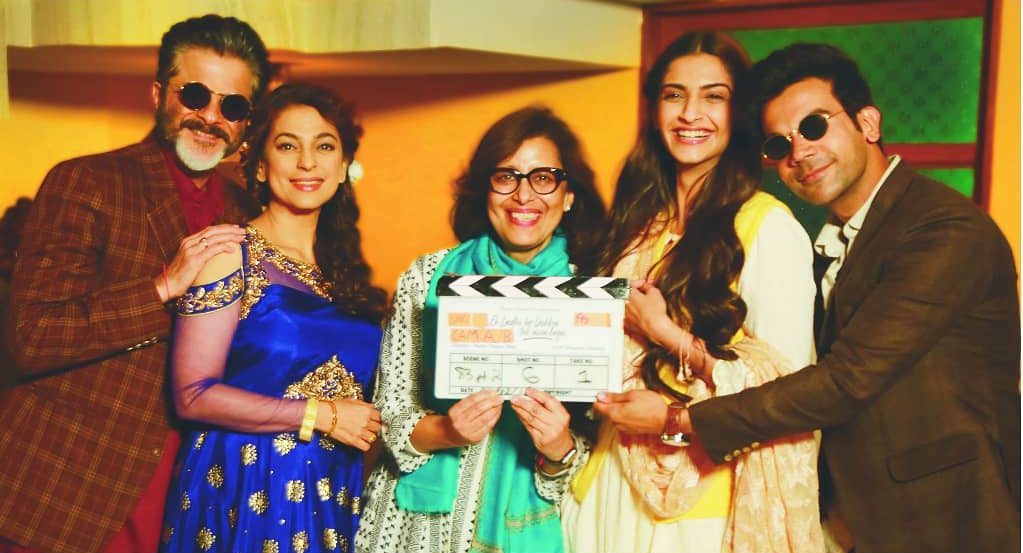 Sonam Was 7 When The Original ‘Ek Ladki’ Song From Anil’s ‘1942: A Love Story’ Released

Vidhu Vinod Chopra – the director of both 1942: A Love Story and ‘Ek Ladki Ko Dekha Toh Aisa Laga’ – fondly recalled the time the song had come out.

“I went to their house when 1942: A Love Story was being made. There was a little girl, and the door was ajar, and she was dancing in front of the mirror. And then when she saw me, she froze, and she ran away,” said Vidhu Vinod Chopra about seven-year old Sonam Kapoor.

“It is such a pleasure to make a film titled ‘Ek Ladki Ko Dekha Toh Aisa Laga’ with Anil Kapoor and Sonam Kapoor in it.” The director added.

Happy birthday to the person who taught me to fight for what I believe in and to never stop chasing my dreams. Without you, I wouldn't be half the woman I am today and for that I love you endlessly. ❤ @anilskapoor

While all the industry stalwarts were fondly remembering their moments with little Sonam, Sonam Kapoor herself had a different perspective to the whole idea of being a star kid.

According to Sonam, she was initially a little intimidated by the fact that she was entering the same industry as her father Anil Kapoor.

“My biggest fear is to not live up to his name. I have always shied away from working with him. And I think doing this film was a way of me coming out. Hopefully, I have faced my fears!” said Sonam in the interview, laughingly.

“For me, the great thing was Anil Kapoor and Sonam Kapoor in the same film.” Juhi Chawla further narrated an anecdote from the set of a film that she and Anil Kapoor were working for, in Switzerland.

“I would have never imagined one day we would all be on the set together and that she would be acting with us! So for me, that was very special,” said Juhi Chawla.

Watch the full interview below.

Less Is More, The Only Beauty Trend You Need To Follow In 2019