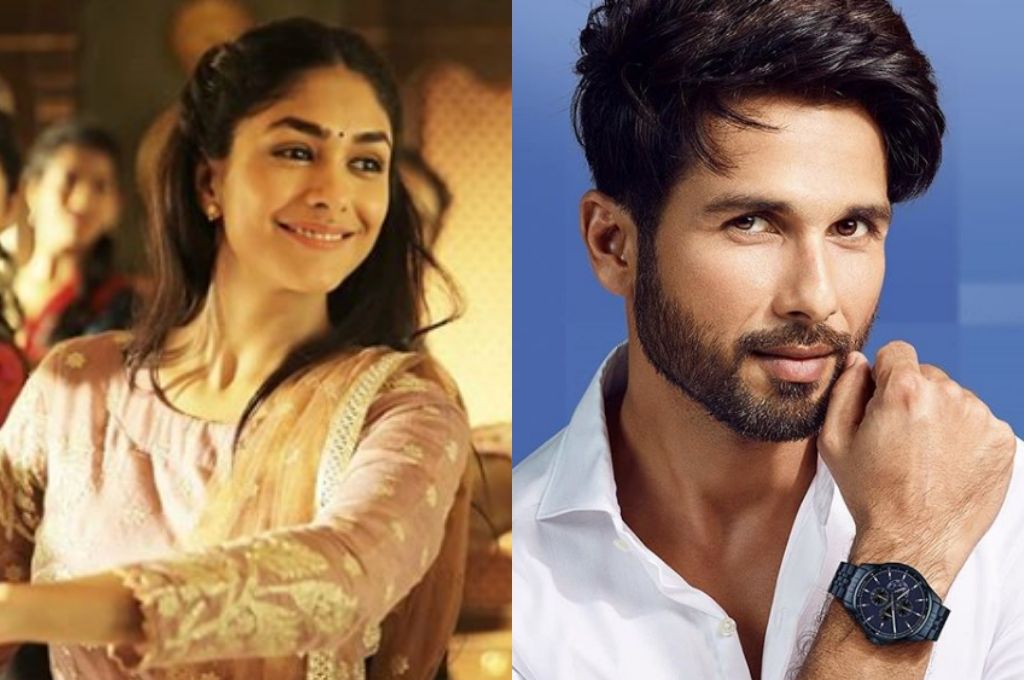 Shahid Kapoor’s remake of Telugu film ‘Jersey’ has been in the news ever since it was announced. The female lead of the film was also under much speculation, and now finally we have a name. Actress Mrunal Thakur, of ‘Super 30’ fame, has been confirmed as the lead actress opposite Shahid Kapoor.

Read: Mrunal Thakur’s ‘Toofan’ Sneak Peeks Will Have You Waiting For Its Release

Jersey is a Hindi remake of the Telugu film by the same name. The remake is being directed by Gowtam Tinnanuri, who also helmed the Telugu original. The director said Mrunal was the only one on his mind for the role.

After Shahid came on board, I only had Mrunal on my mind for the lead opposite him, I loved her performance and confidence in Super 30 opposite Hrithik Roshan and felt she’s perfectly fit for the part in Jersey and will do full justice to the role.

Mrunal Thakur’s character will play a vital role in the film. She will act as the anchor to his otherwise tumultous journey in Jersey. Talking about her role, Mrunal Thakur said she was ‘bowled over’ by the emotional journey of the film.

I’m super excited to play the lead opposite Shahid in Jersey. When I saw the original film I was bowled over by its passionate emotional journey. So deep was the impact of the film that I couldn’t get it out of my heart the whole night, and immediately watched it again the next day. It felt like I had lived a full life in two hours.

There were several comparisons of Shahid Kapoor’s sports drama Jersey doing the rounds. The actor’s film was being compared with Ranveer Singh’s ’83. However, Shahid had laid all such reports to rest saying, “It’s a human journey and it touched me deeply. It’s a very emotional film. I am guessing both films must have their own individual identity. I am definitely looking forward to seeing 83.”