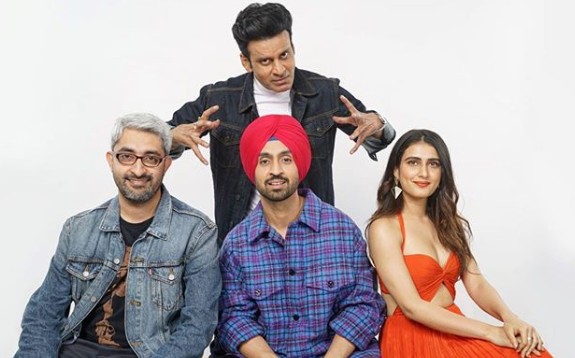 Actors Manoj Bajpayee and Diljit Dosanjh will be seen sharing screen space for the first time ever, in a family drama directed by Abhishek Sharma.

“Suraj Pe Mangal Bhari is a unique family comedy that draws humour from the quirks of its refreshing yet relatable characters. The world is set in the innocence of 1990s when there was no social media or mobile phones,” said the filmmaker.

“With awesome actors like Diljit, Manoj, Fatima, and a fantastic ensemble cast, I am sure we will be able to create an entertaining narrative for our family audience. I am proud and excited to be associated with Zee Studios’ first in-house production. It’s a start-to-finish schedule; we start shooting on January 6 till mid-March and release it before year-end,” he added.

Shariq Patel, CEO, Zee Studios, shared, “It’s a new and unique concept, a mad family comedy with a powerful cast that will definitely entertain the audiences! We are happy to associate with Abhishek as the captain of this ship; excited to begin our journey next month.”