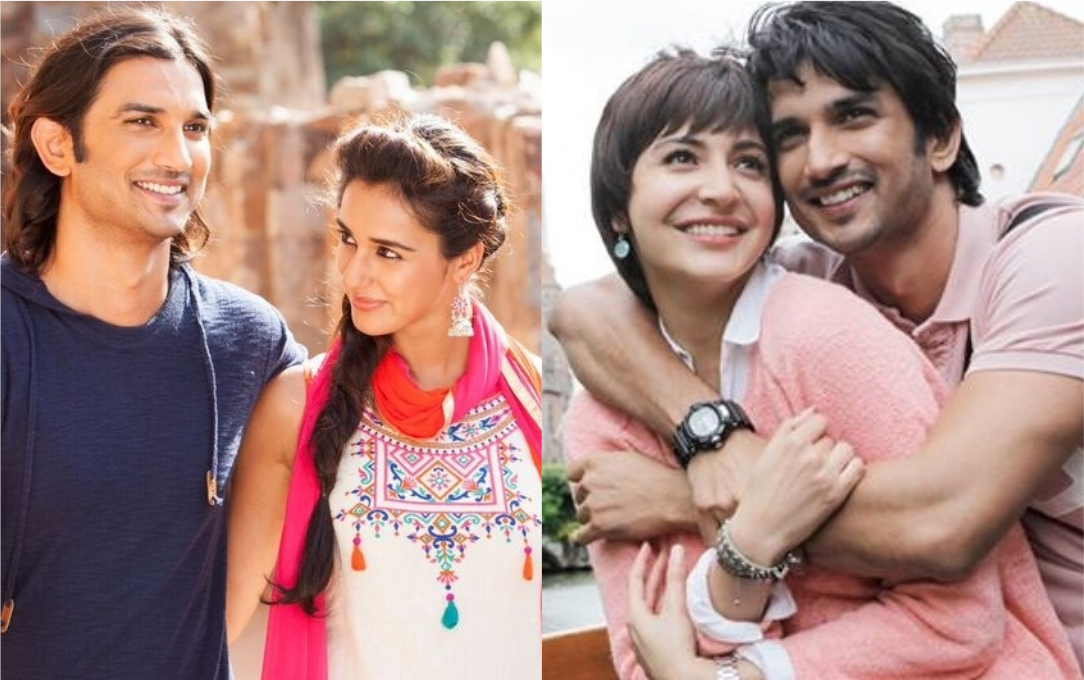 MS Dhoni actor Sushant Singh Rajput was found hanging in his Bandra home in Mumbai. The actor allegedly committed suicide, the reason, however, is yet to be confirmed.

Reports suggest that a few of his friends were also at home when the actor’s body was discovered. The door of his room was apparently broken after his domestic help did not receive a response from Sushant, after knocking on his door several times close to Sunday noon.

It is also being suggested that the Kedarnath actor was suffering from depression for the past ‘six months’. Sushant Singh Rajput was 34 years old.

Upon hearing the news, Sushant’s PK co-star Anushka Sharma posted a note on her social media handle saying, “Sushant, you were too young and brilliant to have gone so soon. I’m so sad and upset knowing that we lived in an environment that could not help you through any troubles you may have had. May your soul rest in peace.”

His MS Dhoni: The Untold Story co-star Disha Patani posted a photo with the actor, mourning his loss, with no caption however.

Sushant’s Drive co-star Jacqueline Fernadez wrote, ‘Sush… I’m so sorry… RIP’. She also posted a video with him saying that’s how she will always remember him.

I will always remember you this way.. hard working, caring, intelligent and full of passion 💔💔💔

Sharing a picture with the actor, Shah Rukh Khan said ‘He loved me so much…I will miss him so much’.

He loved me so much…I will miss him so much. His energy, enthusiasm and his full happy smile. May Allah bless his soul and my condolences to his near and dear ones. This is extremely sad….and so shocking!! pic.twitter.com/skIhYEQxeO

Actor Akshay Kumar shared that Sushant Singh Rajput’s last release, Chhichhore (2019) made him feel like being a part of the film.

Honestly this news has left me shocked and speechless…I remember watching #SushantSinghRajput in Chhichhore and telling my friend Sajid, its producer how much I’d enjoyed the film and wish I’d been a part of it. Such a talented actor…may God give strength to his family 🙏🏻

Actor Ajay Devgn wrote, “The news of Sushant Singh Rajput’s death is truly sad. What a tragic loss. Deepest condolences to his family & loved ones. May his soul find eternal peace.”

Nawazuddin Siddiqui expressed his shock upon hearing the news of Sushant Singh Rajput’s sudden death. ‘I can’t believe this at all… it’s shocking’, we wrote.

Actor Salman Khan tweeted out his condolence message for Sushant Singh Rajput. ‘You will be missed’, he wrote.

U will be missed … #RIPSushant

Sushant’s Kedarnath co-star, Sara Ali Khan shared a picture with the actor from one of the sets of the film.

Calling Sushant’s untimely demise ‘unfair’, actor Sonu Sood said, “You should have stayed at the crease for longer’. 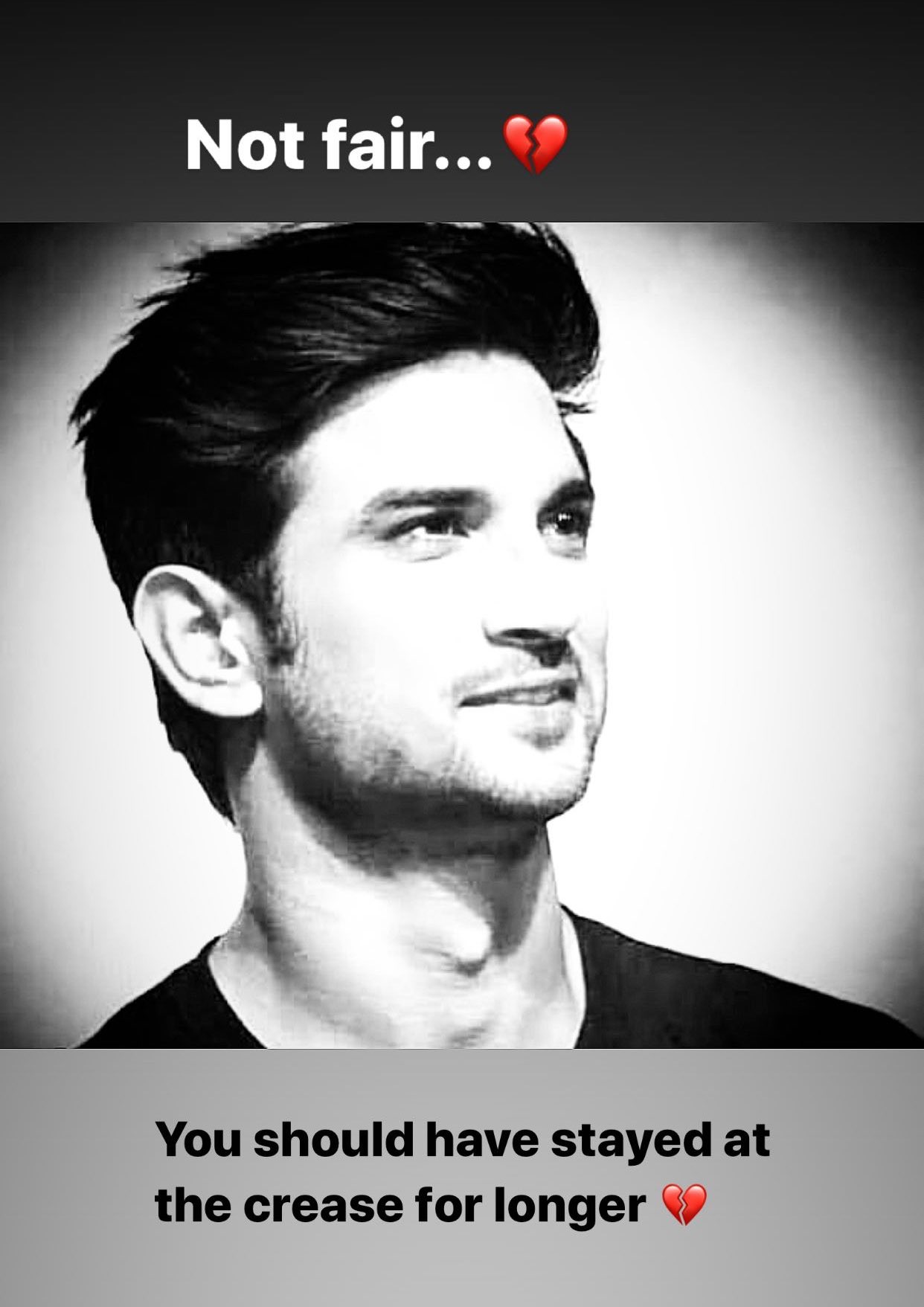 Actor Deepika Padukone stressed on the importance of reaching out when feeling helpless in a social media post.

Shocked to hear about Sushant Singh Rajput. This is so difficult to process. May his soul RIP and may god give all the strength to his family and friends 🙏

Life is fragile and we don’t know what one is going through. Be kind. #SushantSinghRajput Om Shanti pic.twitter.com/zJZGV96mmb