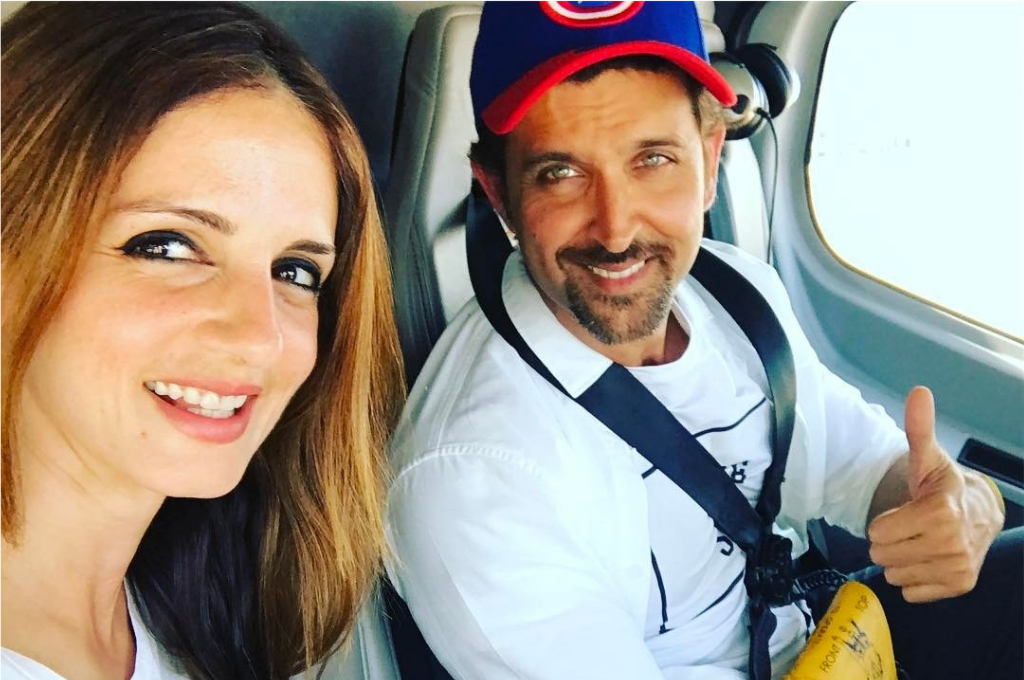 Hrithik Roshan and Sussanne Khan have been setting ‘divoced-couple goals’ for quite some time now. Besides spending quality time and going on ‘family’ vacations with their children, Hridhaan and Hrehaan, the two have been doing their bit to ensure that a divorce need not always be complicated.

The ‘Modern’ Family. 2 boys, A Mom and A Dad Cousins and brothers Sisters Grandparents Grand uncle n aunt And 2 friends… new bonds and a heartfull of smiles. Everyday life that feels empowering 💫♥️⭐ 2020 here we come.. Processing our best while carving the slopes 🖖🏻🥳⛷

From sharing photos with each other to writing good things for each other, Hrithik and Sussanne consistently let their fans and followers know that they are in a happy arrangement. That’s not all – every time the Roshan’s have been in a tough situation, Sussanne has always spoken out in their defense.

Like the time when Hrithik’s sister Sunaina Roshan allegedly made public statements against her own family, Sussanne took to her social media handle to appeal to the media to respect the Roshan family’s privacy. Sussanne had, in fact, spent New Year’s with Hrithik and his family. She had posted a photo from the vacation, calling it the ‘Modern’ family.

So, obviously, it was her message for Hrithik Roshan, that would make headlines on the Super 30 star’s birthday. Especially, because she called him ‘the most incredible man’ she knows. That’s not all. Sussanne gave Hrithik the ‘best daddy award’, and titles him the ‘best philosopher’, too.

Remember, Hrithik and Sussanne were high-school sweethearts, who tied the knot in 2000, after officially dating each other for four years. In an interview, long time ago, Hrithik had said that it was Sussanne’s decision to ‘end the marriage’ – but clearly not the relationship they share.