Based on the life of freedom fighter Uyyalawada Narasimha Reddy, the first official teaser of the Chiranjeevi-Amitabh Bachchan starrer ‘Sye Raa Narasimha Reddy’ is finally here! 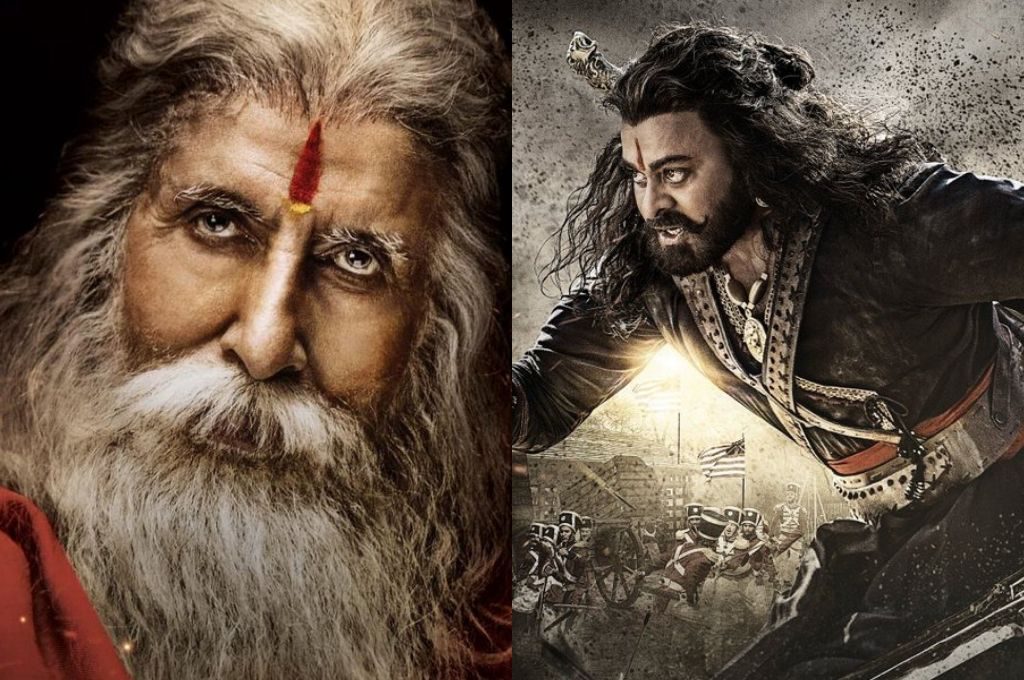 Read: This Is What Amitabh Bachchan & Chiranjeevi Look Like In Their Upcoming Film

Chiranjeevi features in the teaser as the titular character, whose role in the struggle for independence was long forgotten! The actor plays the role of Uyyalawada Narasimha Reddy who started the rebellion against the British long before the Revolt of 1857. The one-minute-fifty-second long teaser of Sye Raa Narasimha Reddy features Chiranjeevi looking ferocious and daunting, along with glimpses from other characters played by Amitabh Bachchan, Tamannaah, Kichcha Sudeep, Nayanthara, Vijay Sethupathi, Jagapathi Babu, and Niharika.

The film marks the first time that Amitabh Bachchan and Chiranjeevi will be seen on screen. Sye Raa Narasimha Reddy is a film that will release in five languages simultaneously. Talking at the teaser release event, Chiranjeevi spoke about his first time collaboration with Amitabh Bachchan, saying, “He is my real-life mentor. I feel there is only one megastar, and he is Amitabh Bachchan. Working with him was an amazing experience and I am thankful to him.” Watch the teaser here –

Sye Raa Narasimha Reddy will release on October 2, and is being distributed in Hindi by Farhan Akhtar’s Excel Entertainment.