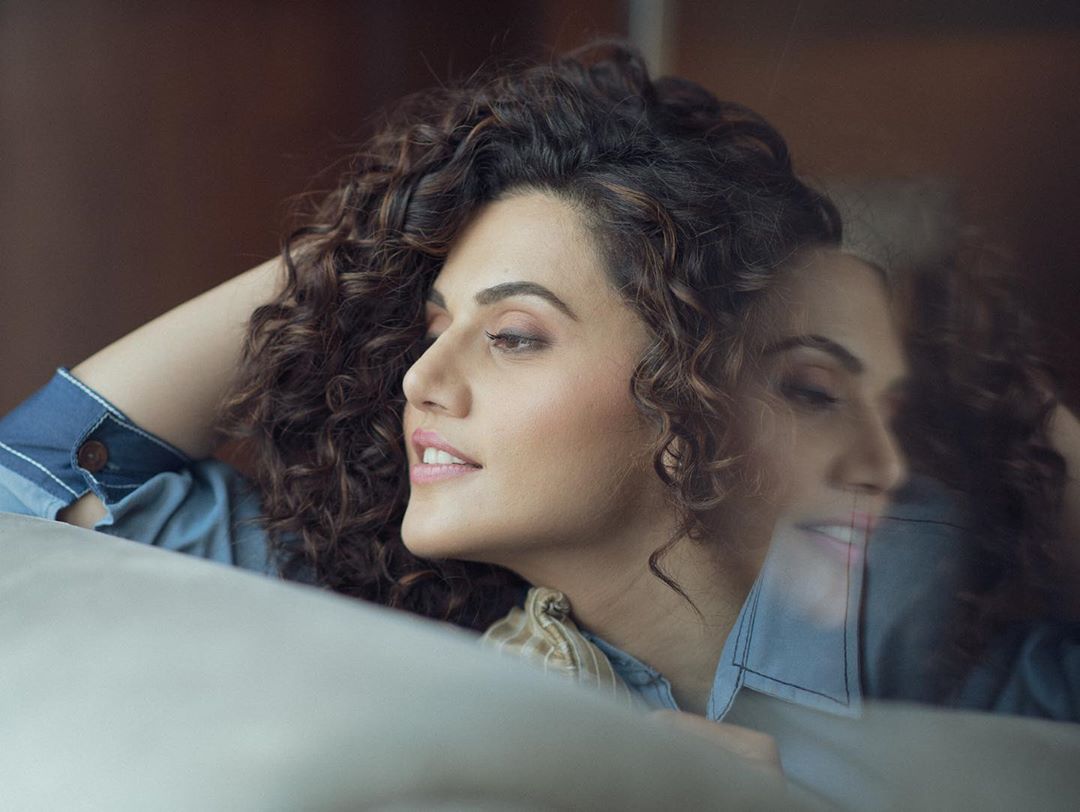 Taapsee Pannu To Play Writer-Poetess Amrita Pritam In Her Next Film?

Taapsee Pannu has already had the sweet taste of success, with ‘Mission Mangal’ breaking all anticipated box office records. She was also seen in ‘Badla’ and ‘Game Over’ this year. The actress is teaming up with ‘Article 15’ director Anubhav Sinha for her next film, the subject of which is still under wraps. She shared a behind-the-scenes click from the set of her film, quoting Amrita Pritam in the post.

“When a man denies the power of women, he is denying his own subconscious “
– Amrita Pritam
Moving from one Amrita to the other…..
Main tenu pher milangi…. in theatres from 6th of March 2020 pic.twitter.com/c3R6tRtB5m

“When a man denies the power of women, he is denying his own subconscious. -Amrita Pritam. Moving from one Amrita to the other… Main tenu pher milangi... in theatres from 6th of March 2020,” wrote Taapsee Pannu in her post on Twitter. She was making a subtle reference to her previous film Manmarziyaan, which was directed by Anurag Kashyap and was intended to be a tribute to the prolific poetess Amrita Pritam. Taapsee had herself paid a tribute to the legend on her 100th birth anniversary, sharing a clip from the film and reciting her famous poem Main Tenu Fir Milangi. This is the same poem that she quoted in the above post.

So does the film have Taapsee Pannu playing the titular character of Amrita Pritam? Will the Anubhav Sinha directorial be based on the life and times of Amrita Pritam? One can only wait and watch! Taapsee Pannu and Anubhav Sinha shared another click from behind the scenes of the film. The duo can be seen watching a monitor together in the picture –

Read: After ‘Mission Mangal’, Taapsee Pannu All Set To Play ‘Rocket’ In Her Next

Anubhav Sinha captioned the click as, “Yes, it is looking good.” To this, Taapsee Pannu responded by saying, “And as I say, I always have your back.” The duo have just begun shooting for their yet untitled film, which is slated to release on Women’s Day 2020.

7 Times Colin Firth Got Us All Giggly And Blushy