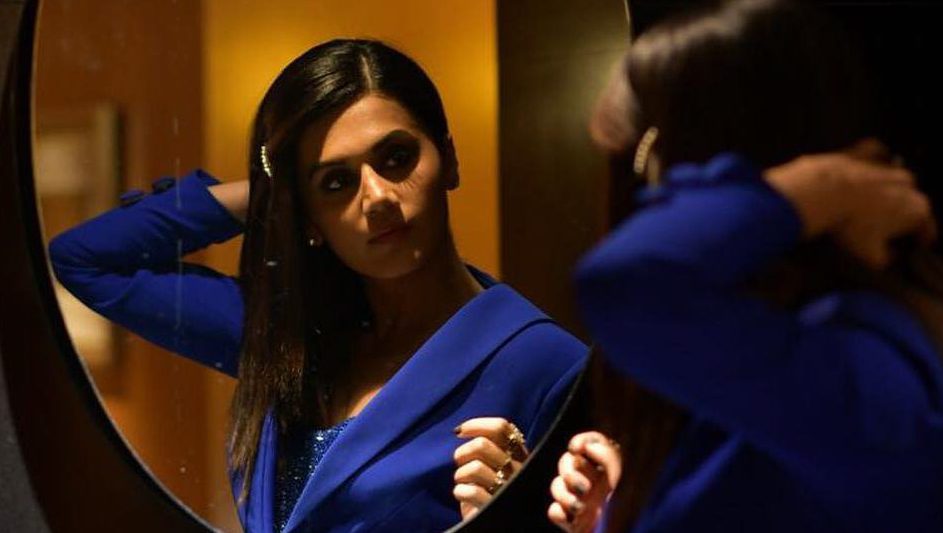 Taapsee Pannu has received the tag of being the ‘strongest female lead’ in Bollywood. After her recently released drama-thriller ‘Badla’, which is garnering great reviews at the box office, she has another project lined up with Anurag Kashyap. Based on the lives of India’s first sharp-shooter women, the film also stars Bhumi Pedenekar. Talking about her role in the film, Taapsee admitted in an interview to GoodTimes, that ‘it’s the most difficult role’ of her career.

The film released its first look on the occasion of Valentine’s Day. Bhumi Pednekar and Taapsee Pannu were seen in the traditional garb of the women of Haryana, as they held rifles in their hands and made a ‘heart’ symbol with their other. Taapsee, in the interview, said that the buzz around the film has begun and people are asking her about Saand Ki Aankh. She further said that she is happy to see the curiosity in people about the role.

I don’t know what I’m going to do in that film, or how I’m going to play that role. I’ve only shot for that film for nine days, before I came down for promotions. But, it is the most difficult role of my career!

That’s the pressure now, which I’m happy with. But it’s so nerve-wrecking every day! Because nothing matches with those characters and I can’t really see anything common. I don’t know what to build upon. So it’s very, very challenging!

Proud and excited to bring the story of India’s Mars Mission, #MissionMangal to you. Coincidentally the mission was launched on this very date, 5th Nov. 2013. Meet the team and do share your best wishes for our shubh mangal journey. Shoot begins soon 🙏🏻 @foxstarhindi @sharmanjoshi #KirtiKulhari @taapsee @balanvidya @aslisona @nithyamenen

Taapsee will also be seen in the film Mangalyaan which is based on the Mars mission that India had 6 years ago in the year 2013. On being asked about her role in the film, Taapsee said;

That’s a big ticket film with an amazing ensemble cast. For me, there were two reasons to do the film – one was the fact that it is a real story we all are very proud of. Second was the ensemble cast!