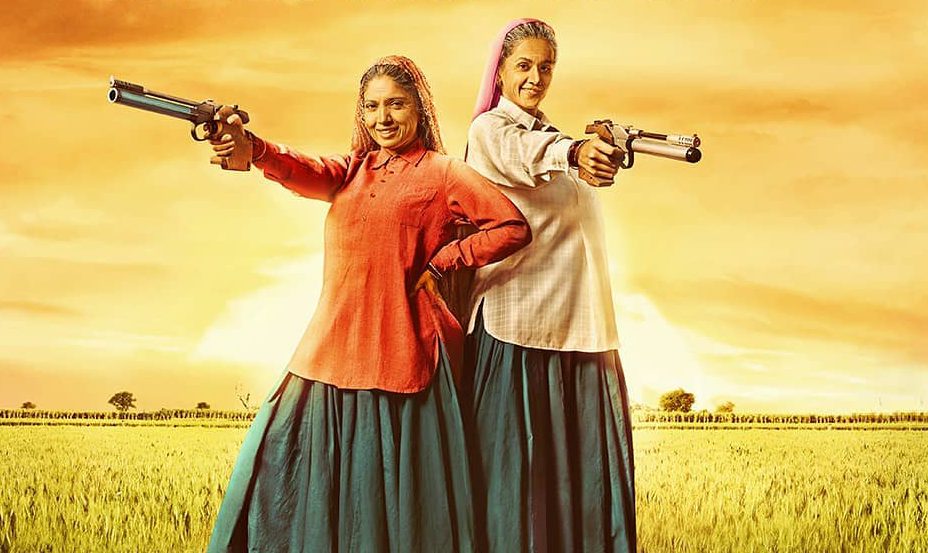 The two ‘daadis in the house, Taapsee Pannu and Bhumi Pednekar, have shared their respective looks from their upcoming film ‘Saand Ki Aankh’ across social media platforms. They shared the poster, with the caption, “Tann Budha Hota Hai, Mann Budha Nai Hota.”

Read: Taapsee Pannu And Bhumi Pednekar To Star In Anurag Kashyap’s Next

The film is inspired from the lives of real-life sharp shooters – Chandro & Prakashi Tomar, who hail from Uttar Pradesh. While the actresses had announced their collaboration with director Anurag Kashyap a while ago, it was on February 14, 2019, that they first shared a grab from the film, in which Taapsee and Bhumi were seen standing in the middle of a field.

They challenged their age, fought their way and shot to fame in the shooting game. First Look Out Now. #SaandKiAankhThisDiwali

Taapsee shared the first look on Instagram, in a post that read, “They challenged their age, fought their way and shot to fame in the shooting game”. Bhumi Pednekar had earlier shared a short documentary on the two women, who have made the country proud with their valour and sacrifice.

Taapsee Pannu, in an interview to GoodTimes, had said that the role she is playing in the film is her toughest role till date.

I don’t know what I’m going to do in that film, or how I’m going to play that role. I’ve only shot for that film for nine days, before I came down for promotions. But, it is the most difficult role of my career!

Watch the interview below –

Patchy Beard No More, Easy Hacks To Fix The Problem