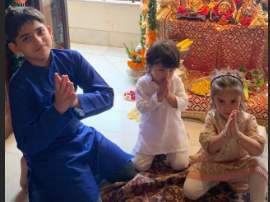 Taimur Ali Khan is one of the cutest toddlers on the internet, and his fan following is immense! His ‘maasi’ Karisma Kapoor took to Instagram to share a video of him cheering, ‘Ganpati Bappa Morya’ –

The entire Kapoor clan met for Ganpati Darshan, and celebrated the return of Rishi Kapoor and Neetu Kapoor to India. Taimur was seen sitting atop his uncle Armaan Jain, along with cousin brother Kiaan, and Karisma Kapoor posted about the same –

Read: After The Real Taimur Ali Khan, His Doll Is Now Breaking The Internet!

Karisma also posted a family picture in her stories, as well the picture of the Ganpati idol. Taimur and his cousins can also be seen in the story, folding their hands in prayer for bappa. 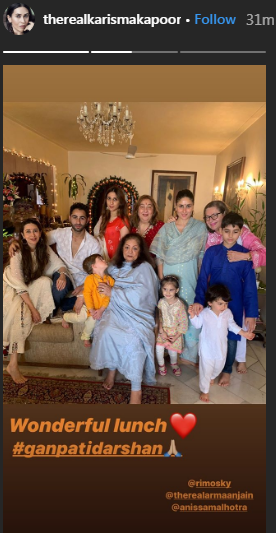 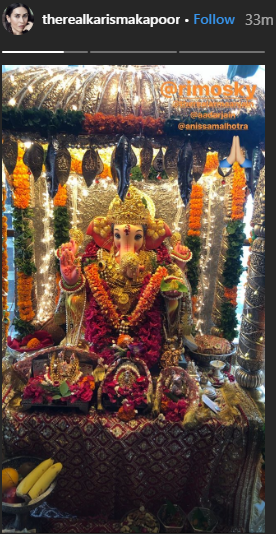 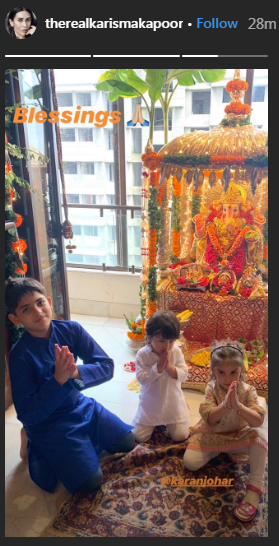 Read: Finally! Rishi & Neetu Kapoor Return To India After Spending Almost A Year In The US

Tom Holland Confirms The Possibility Of A Gay Spiderman

8 Rekha Moments That Were Sheer Poetry For Indian Cinema